World Cup stories: Sweden’s John Guidetti is anything but ordinary

He has six first names, his own pop anthem, and experienced everything you could want from life: raise the roof for Sweden’s John Guidetti.

That nickname came from the English media thanks to Guidetti’s build and style of play but, off the field, the pair have nothing in common. Guidetti is anything but ordinary, starting with his full name. 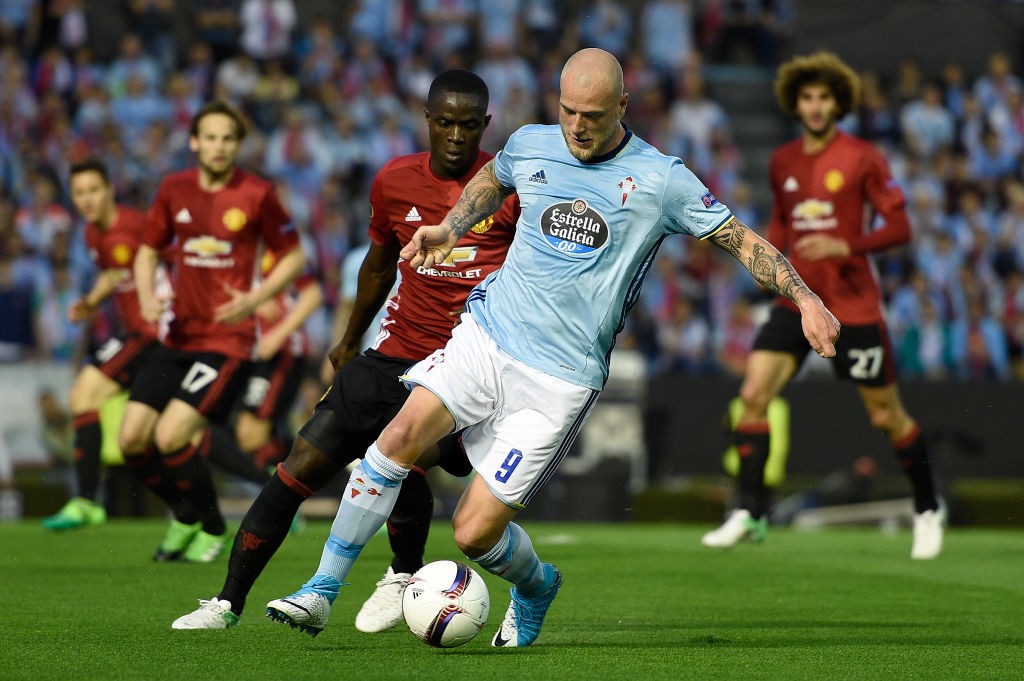 Guidetti’s career began at his hometown club, IF Brommapojkarna in Stockholm, but after four years at the club he moved to Kenya aged 10 as his father set to work on a school project in Nairobi.

Moving to another continent didn’t stand in the way of the Swede’s footballing ambitions and he continued to play in Africa, representing three clubs during five years in Kenya as he honed his skills competing with older kids barefoot in the slums of Nairobi.

Looking back, the Swede has insisted these experiences helped him grow not just as a footballer but as a person. He has gone on to found the John Guidetti foundation, which works with poor children in Africa.

“I’ve learned something at every stage (of my life),” the striker told the official Fifa website in 2016.

“In Africa sometimes I’d play with boots on, sometimes barefoot; sometimes on grass, sometimes on dirt pitches; sometimes with a nice, round ball, sometimes not … Then you go to Manchester City and the pitch is like a green carpet, and you’re getting inch-perfect passes from the best in the world.”

Guidetti returned to Sweden in 2007, rejoining IF Brommapojkarna before going on to make his professional debut as a 15-year-old. Just a year on, fellow Swede Sven-Göran Eriksson signed him for Manchester City.

A strong start with the Citizens’ U18 sides was followed by a return – on loan – to Brommapojkarna to complete his breakthrough into the professional game. The side were comfortably in midtable when he was recalled to take part in Manchester City’s pre-season but ended the season relegated from the Swedish top flight.

Another loan – this time with Dutch side Feyenoord – was another huge success. Guidetti scored 20 goals in 23 Eredivisie games, earning him his first international call-up early in 2012.

Guidetti had sensory issues in his right leg and was forced into an eight-month rehabilitation after the disease – caused by food poisoning – attacked his nervous system.

“It was a very lengthy process, which was mentally awful,” Guidetti said two years ago. “I’d put in eight hours’ work a day to get back in shape and wasn’t making any progress. Day after day and nothing… I had big dreams and that’s why I found it so tough. I’m 24 and I’ve lost two years of my career. It’s only now I’m starting to understand that I’ve still got time.”

Guidetti recovered and returned to action in early 2013, scoring six times in seven games for City’s reserves before a knee injury required surgery and left him sidelined again.

Another return to full fitness led to an unsuccessful loan at Stoke City in January 2014 before the striker rediscovered his stride at Celtic the following season. Finally, after over two difficult years, Guidetti played and scored with some consistency again. The season ended on a high as he was a part of the Sweden U21 side that won the European Championships.

Finally, in the summer of 2015, Guidetti was sold to Celta Vigo to embark on a fresh start. His time with the Celestes has been impressive to date, peaking with a Europa League semi-final appearance in 2017, but the striker spent the second half of the 2017/18 season on loan with Alavés.

An amazing career and a life committed to aiding poor children, Guidetti is just 26 heading into the World Cup and is also known in Sweden for a number one hit released in 2015:

In “Johnny G (The John Guidetti Song)” the Swede is honoured by the group Badpojken. Should he fire Sweden out of their group in Russia, you may just hear the chorus around the stadiums:

“You mean all the world to me – John Guidetti!”