The penultimate round of Champions League group stage action delivered in a big way on Wednesday night.

Barcelona booked their place in the last 16 with a comfortable win over under-fire Lucien Favre’s Borussia Dortmund at the Camp Nou.

Strikers of the class of Lionel Messi and Luis Suárez don’t need a helping hand in games but Mats Hummels provided one anyway with a calamitous outing.

A needless attempt at a fancy pass gifted the hosts possession, which ended with Messi clipping a sublime pass through for his team-mate to score. 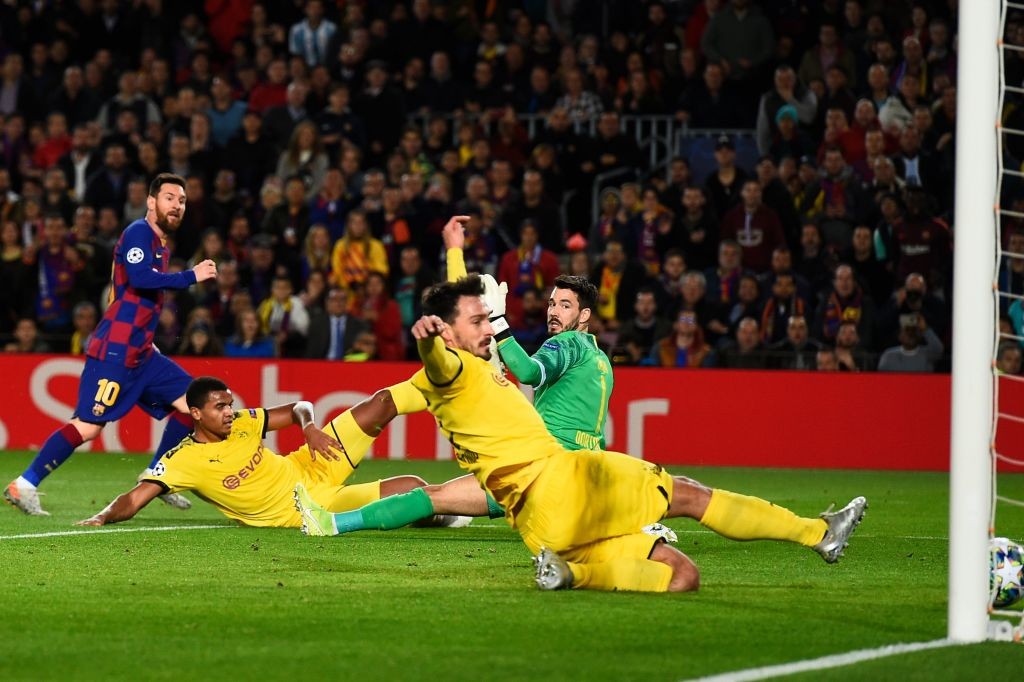 Suárez then returned the favour when Hummels again lost the ball in a dangerous area and the Argentine finished ruthlessly.

He claimed his second assist of the night after the break when he was afforded all the space he needed to pick out Antoine Griezmann, who replaced the injured Ousmane Dembélé to rifle home.

Jadon Sancho came off the bench to bag a fine consolation for the visitors and sending a message to his coach in the process.

Liverpool fought back from a goal down to claim an important point against Napoli at Anfield.

The game got off to the worst possible start for the holders when they lost Fabinho to an early knee injury after Chucky Lozano bundled into him. 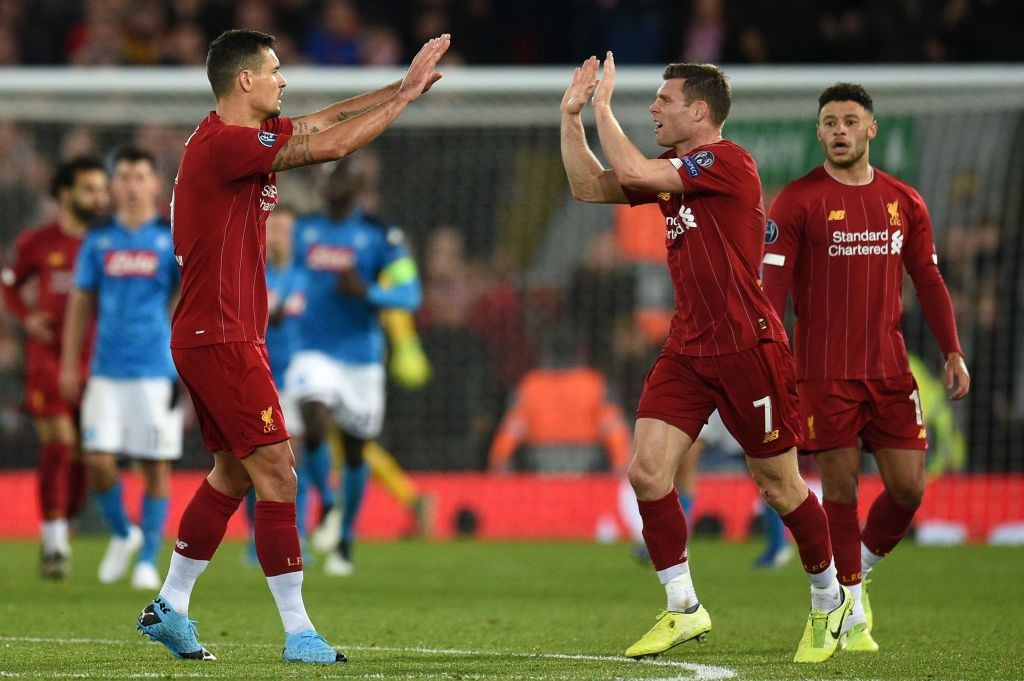 Moments later, they went behind as Giovanni Di Lorenzo picked a perfect pass over the top for Dries Mertens to race through and volley into the corner brilliantly.

Liverpool upped the ante after the break and got the equaliser their play merited on 65 minutes when Dejan Lovren planted a header into the corner to claim a point.

The Romelu Lukaku-Lautaro Martínez partnership is clicking nicely now for Inter and has them in with a shot at knockout qualification thanks to their display.

That attacking duo combined brilliantly in the first half when the Belgian beat all comers on the right before finding his strike partner who volleyed into the ground and into the roof of the net.

The same duo thought they had Inter 2-0 up when they united again in reverse for Lukaku to roll in. 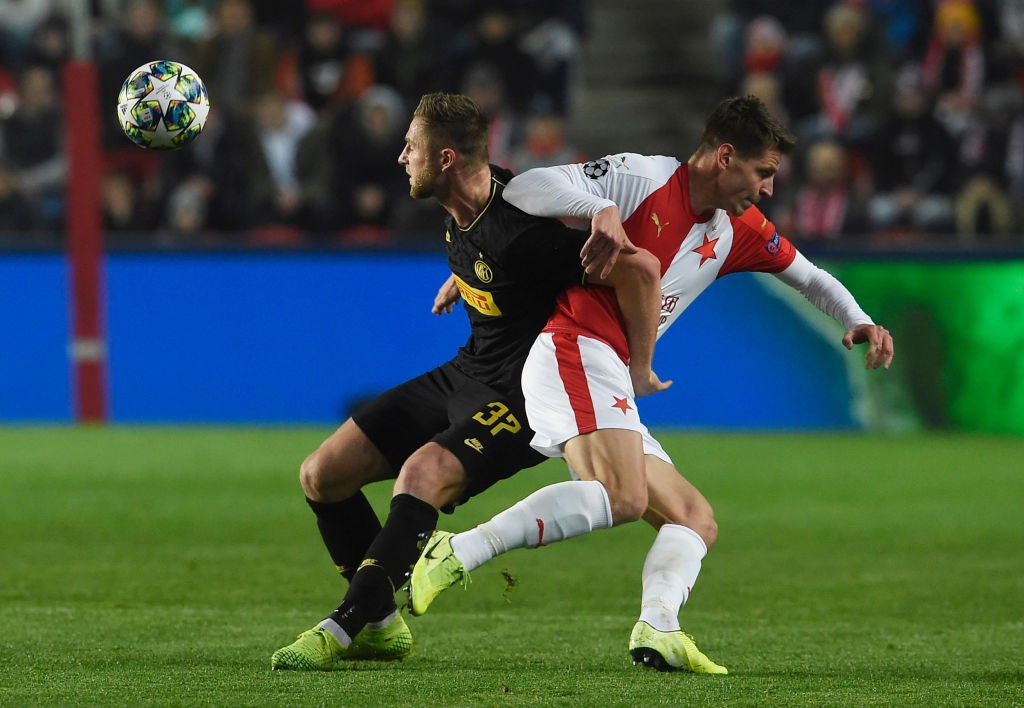 But a VAR check saw that effort disallowed and play brought back to award Slavia a penalty for a Stefan de Vrij foul, which was dispatched to level matters.

Inter almost regained their lead after half-time when Antonio Candreva showed wonderful fleet of foot before crossing for Lukaku, whose header crashed off the crossbar, with Marcelo Brozović doing likewise.

Samir Handanović’s heroics kept the Nerazzurri in it and he was rewarded for it when Lukaku ran in unchallenged to score his 250th career goal before an outrageous outside of the boot pass teed up Lautaro to blast a majestic volley in.

Ajax on verge of qualification

Ajax took a huge step towards the knockout stages with a 2-0 win over Lille in France.

After Chelsea drew 2-2 away to Valencia in the early kick-off, last season’s semi-finalists knew that even a win would not put them through. 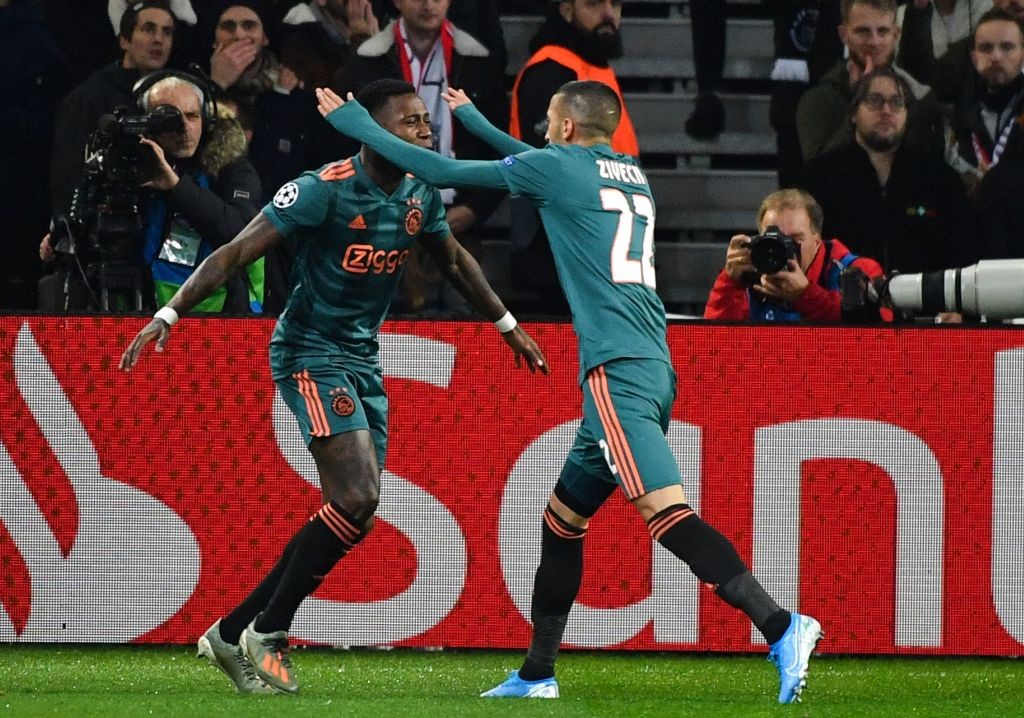 Hakim Ziyech’s early curler and a very well-taken second half goal from Quincy Promes were met with little resistance from the French side.

They look well placed for another long run in this year’s competition.

Emil Forsberg scored two late goals for RB Leipzig against Benfica to pull a point back from the jaws of defeat.

Dayot Upamecano’s early error after some dangerous Adel Taarabt dribbling allowed Pizzi to put the Portuguese outfit ahead, before Carlos Vinícius doubled that lead after the break. 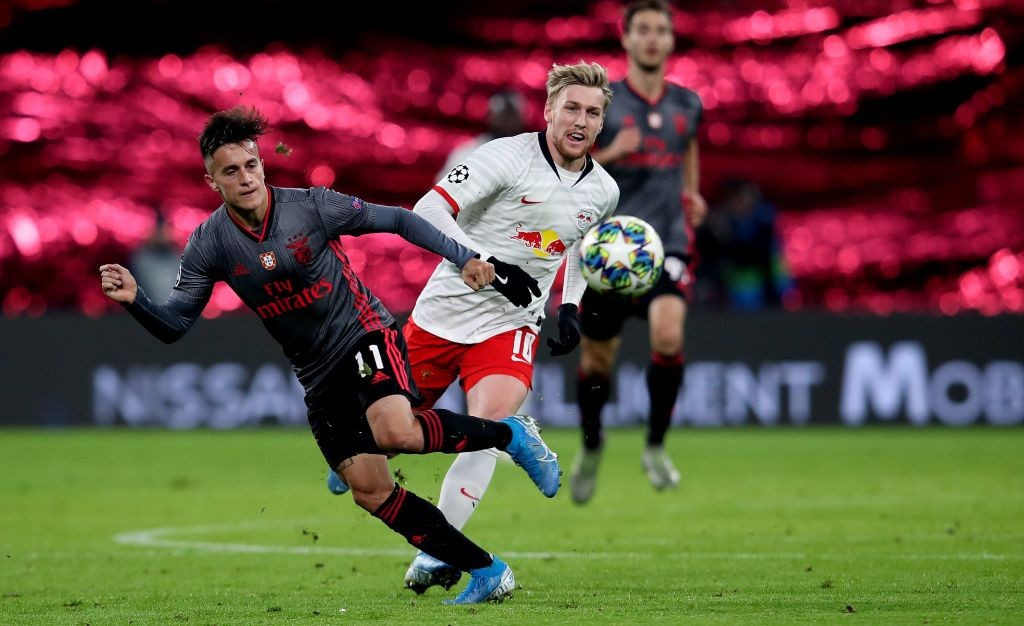 But with the hosts trailing heading into injury-time, the Swede scored from the spot to give his side hope heading into the nine additional minutes.

And he then provided the dramatic leveller with a powerful header into the corner to send his side into the knockout stage.

Haaland comes on to steal show in Genk

Without the services of boy wonder Erling Haaland from the start in Belgium, Salzburg still cruised to a comfortable win over Genk.

Gaëtan Coucke made a complete mess of what should have been a routine save and Patson Daka pounced, before Takumi Minamino made it two with an angled finish moments later. 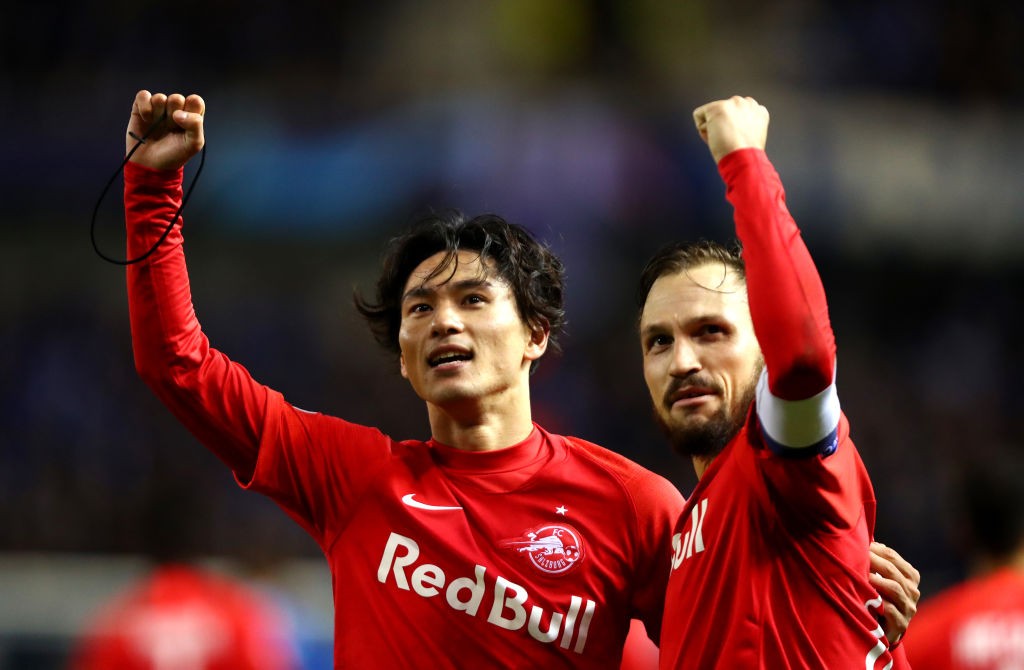 But you just knew upon Haaland’s introduction that he’d have his say which he duly did with an assist and goal either side of an Mbwana Samata consolation.

Against Liverpool next, he could become only the second player ever after Cristiano Ronaldo to net in all six group stage games …