We recently picked up the Gold Winner award for our Onefootball Brasil app at the 2015 ISPO Awards in Munich.

Last summer, here in Berlin, we watched Germany triumph at the 2014 World Cup in Brazil. It was a magical night and a proud time to be in the capital as Goetze’s magnificent volley sailed past Argentina ‘keeper Sergio Romero. At the final whistle car horns beeped, fireworks banged and the atmosphere buzzed. Berlin was electric. Goetze’s impact on the match was outstanding, having been awarded the man of the match despite only coming on in the 88th minute.

It’s with that we come to the impact of our Onefootball Brasil app, designed especially for the 2014 World Cup. Made in association with Volkswagen, the Onefootball Brasil app has received worldwide praise, the latest being the Gold Winner in the category of Communication (Mobile App) at the 2015 ISPO Awards in Munich this month. Our CMO Benjamin Reininger accepted the award with Jessica Gierlichs and Volkswagen’s Tobias Fricke (above, pictured from L to R). 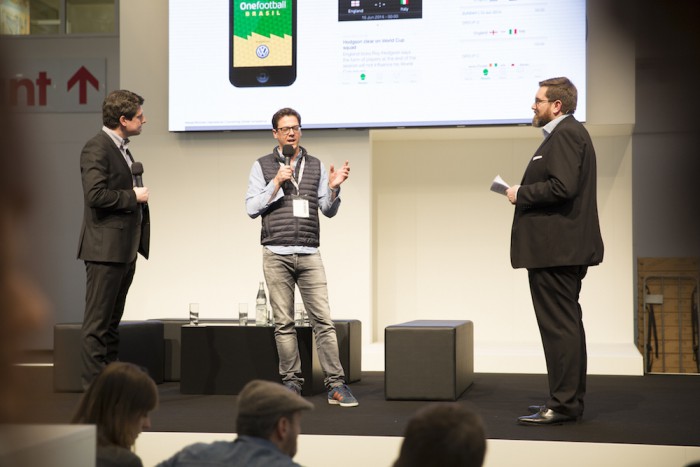