Unlike the Champions League, there is no VAR in the Europa League. On a different night, Celtic may have come out of France with a deserved three points.

However, Neil Lennon’s side could only manage a single point as Ryan Christie’s penalty canceled out M’Baye Niang’s effort from 12 yards.

In his post-match press conference, the Celtic boss believed they were hard done by the result.

“I thought we were the better team,” Lennon said. “I was disappointed with the players coming in a goal down because we had really good control of the game.

“I have no complaints about the penalty but I asked for a reaction at half-time and we certainly got that. We thoroughly merited a point if not the three points.

“It’s a great start for us but you always want more. I’m not happy with the sending-off and we should have had another penalty, a clear penalty on Ryan Christie.”

Vakoun Issouf Bayo won’t be available for their next Europa League clash after he picked up two quick yellow cards after coming on as a very late substitute for Odsonne Edouard.

Bayo was judged to have clipped Rennes goalkeeper Edouard Mendy and Lennon took his time to criticise the officiating for multiple decisions after the match. 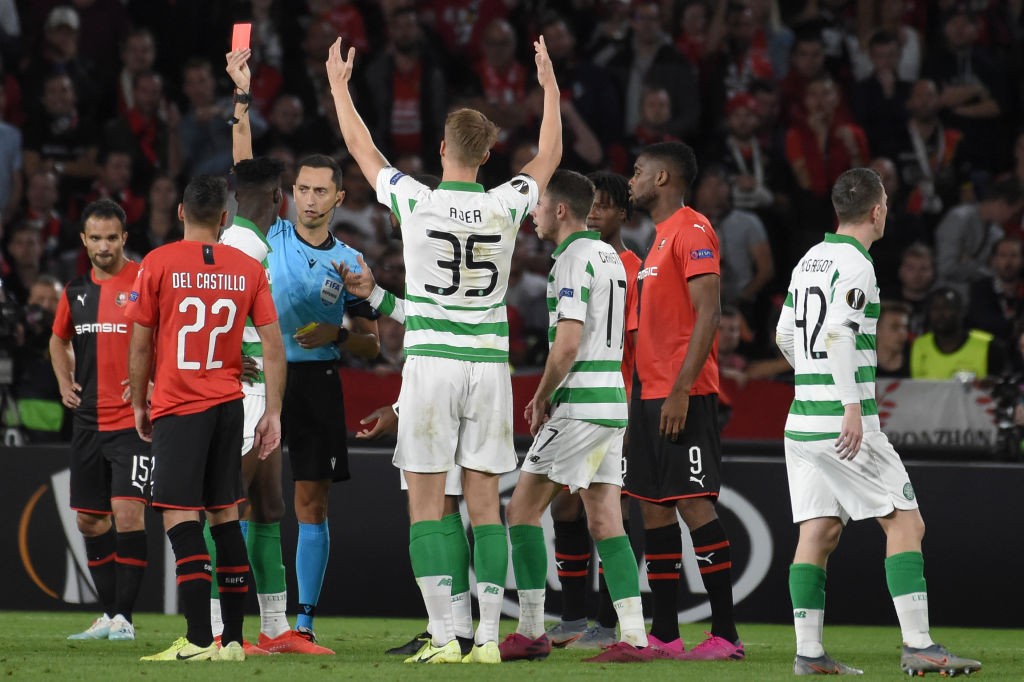 “It looked to me like the referee was waving play on,” Lennon said. “I don’t know if he was looking back at the goalkeeper who was holding his head when there was no contact with his face at all.

“The referee changed his mind. So I think Bayo can feel very hard done by by that decision.

“I’m surprised we don’t have (VAR) for this competition because if we had it, we would clearly have had another penalty.”

Celtic are back to business on Sunday when they return home to host Kilmarnock.