Juventus duo close in on major milestones against SPAL

If Cristiano Ronaldo and Gianluigi Buffon play for Juventus against SPAL, it will be a very significant day for both men.

The Italian champions take on the relegation battlers away from home on Saturday in Serie A action.

Should the Portuguese forward take to the field, it would mark the 1,000th appearance of his career, per Corriere di Torino.

He is currently on the 999 mark, 835 of those coming at club level across four different teams, in addition to picking up 164 caps for his country.

Across those 999 games, Ronaldo has also scored a staggering 724 goals.

He isn’t the only Bianconeri player who is in reach of a major landmark this weekend either.

If Wojciech Szczęsny is rested, it would also allow Gianluigi Buffon to reach an even bigger career feat. 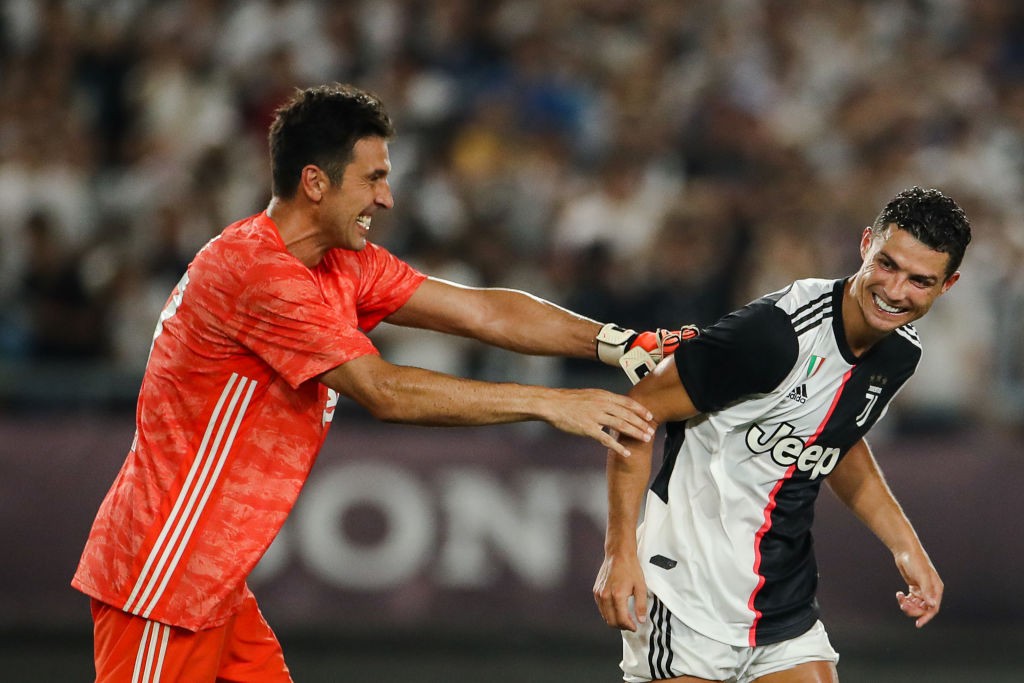 The Juve legend is currently the joint-highest Serie A appearance maker with Paolo Maldini on 647.

Should he take to the field in Ferrara, it would make Buffon Serie A’s lone record appearance holder.