José Mourinho laid the praise on young full-back Japhet Tanganga after another class display during Tottenham’s 2-1 victory over Middlesbrough in their third-round FA Cup replay.

Tanganga, who earned a shock Premier League debut in Spurs’ 1-0 defeat against Liverpool over the weekend, nearly scored in the first-half and also came close to picking up an assist later on.

Now, the 20-year-old has earned the trust of the long-time manager.

“I trust him. I know the way he can read the game and learn,” Mourinho told BBC Sport after the match.

“He absorbs all the information. He is not that kind of modern kid who is worried with pathways, the pathways it to work hard and take the opportunity which he did.

“Now people know how good he is.”

Spurs should have ran away with the match but failed to find a third goal, eventually giving up a 83rd-minute goal to George Saville, which created a tense final 10 minutes.

“We were close to 3-0 so many times,” Mourinho continued. “I told my players at half-time, if we don’t score 3-0 then it could be 2-1 and we would be in trouble. And it happened. 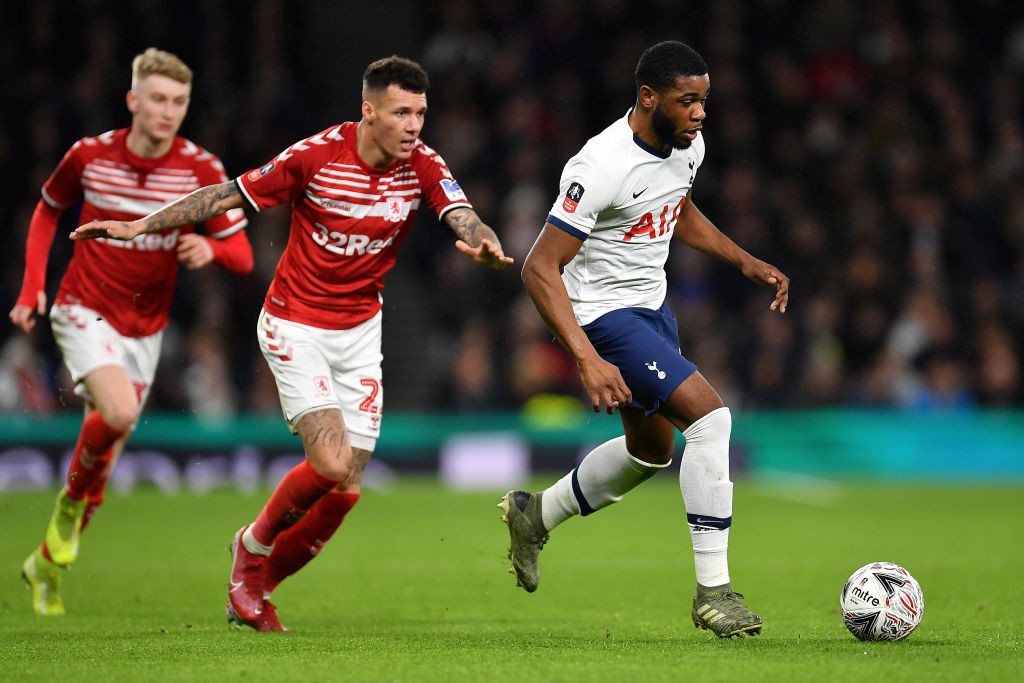 “We knew the opponents were hard. They brought on [Rudy] Gestede and went direct and made problems and when it was 2-1 we knew it was going to be difficult.

“We tried our best, the boys are trying their best. They dealt well with many set-piece situations.

“We did lots of things well, we conceded the goal, a bit frustrating, but more frustrating was that we did not score three, four or five.”

Under Mourinho, Spurs have only picked up a single clean sheet in 14 matches.