Sunderland picked up their first victory of the season on Tuesday, as they defeated fellow League One outfit Accrington Stanley 3-1 in the first round of the EFL Cup.

Marc McNulty, Aiden McGeady, and Charlie Wyke all scored to help the Black Cats advance to the second round, where they will face Premier League side Burnley at Turf Moor on 27 August.

Manager Jack Ross was delighted with his side’s performance after a less-than-impressive display over the weekend at Ipswich.

“I said on Saturday there were bits of the game I was disappointed in because we needed to do the fundamentals and the basics of the game better and we carried that into tonight.

“Then you have to make sure that the quality you have shows, and we did that tonight because we created a lot more.

“I was frustrated when we conceded because we were in control of the game at that stage, but our reaction to conceding was good.”

Aiden McGeady struck in the 79th minute to put the Black Cats up for good, and Ross now believes that the 33-year-old is fully fit.

“The thing with Aiden is that, after being out injured, the main thing for him is to get back to full sharpness. 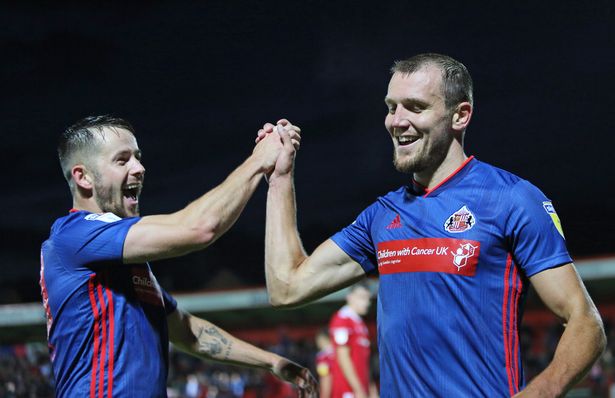 “He gets frustrated with himself when he is not sharp because his game is all about that.

“Tonight he looked as though he had benefited from his time on the pitch on Saturday, albeit he probably felt he wasn’t at his best [at the weekend], but he looked fresh and sharp.”

Sunderland will look for their first win of the League One season when they entertain Portsmouth on Saturday.