Fraser Forster has since returned to the club and allowed just a pair of goals in his first four games back – a penalty in Thursday’s 1-1 Rennes draw and a late goal after Celtic were already three goals ahead of Hearts.

Kristoffer Ajer and Christopher Jullien have provided a towering presence in front of Forster and the goalkeeper believes that they’ve been key to Celtic’s brilliant form.

“I think [Ajer and Jullien] have been brilliant. It’s one of them, the more games they play together the more that partnership will build and build.

“I think they’ve done really well, they’re good on the ball, they get on the ball and play from the back which is good.”

Despite making an error that led to Rennes’ only goal of the match, Forster didn’t blame Ajer and said the Norwegian would quickly bounce back from his mistake.

“The penalty is a penalty and that can happen to anyone, but no, I’ve been very impressed by the two of them,” he said. 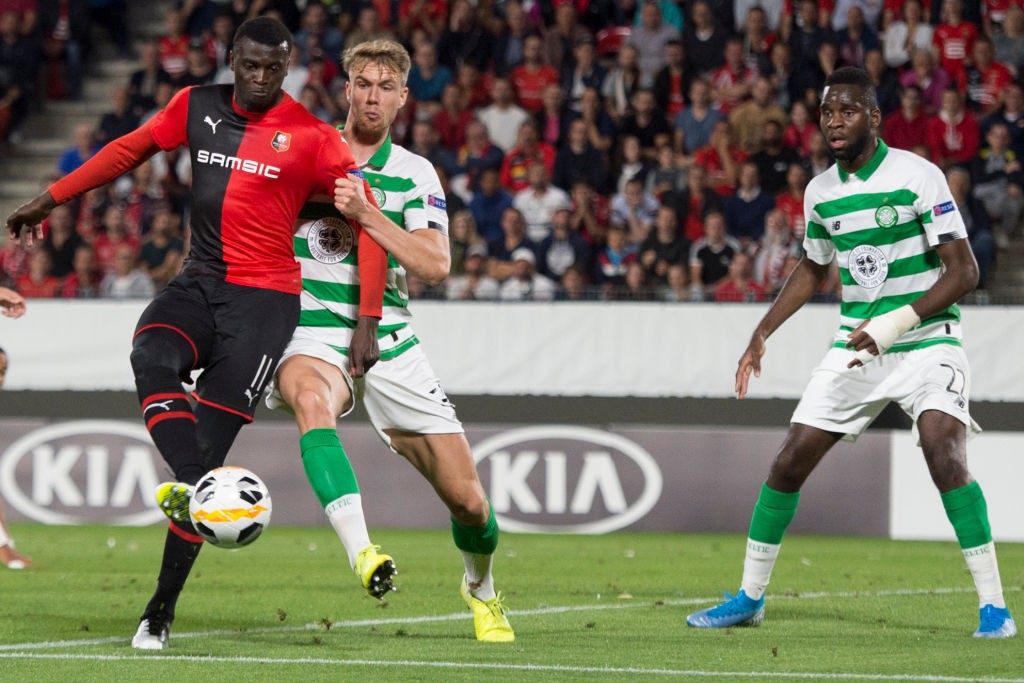 “They are two very good players and I imagine they will get better and better.

“We’re three big lads, and the more we play together as a back four or back five, the more we’ll get used to playing together and form that partnership.”

Celtic will have a tough test on Sunday when they face in-form Kilmarnock.