Borussia Dortmund head into Tuesday’s Champions League clash with Slavia Prague knowing that they do not have their fate completely in their own hands.

Both Dortmund and Inter are tied in second place on seven points with Inter owning the head-to-head tiebreaker based on head-to-head goal difference.

Therefore, Dortmund must better Inter’s result against Barcelona, otherwise, the German giants will be sent to the Europa League round-of-32.

Speaking in his pre-match press conference, Dortmund manager Lucien Favre played down having to keep one eye on the scoreboard and spoke highly of their Czech opponents.

“They drew 0-0 in Barcelona and 1-1 in Milan. They can run all day long – 132 kilometres in a single match is almost a world record. 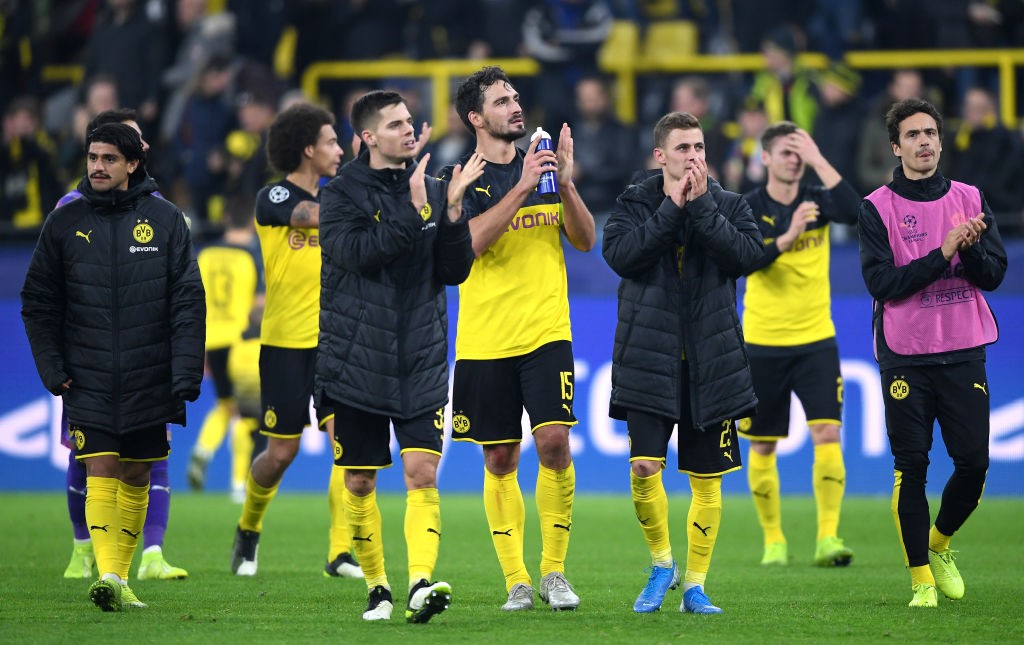 “They’re really strong in the tackle and like to press high up the park. It will be a very interesting match.

“Anything can happen. We have to do all we can to get a win. We have to concentrate on our game. Then we can start thinking about what’s going on in Milan.”