With the football on hold at the moment, we’ve been thinking about who gets in Barcelona’s all-time XI.

And we’re missing a name to complete our midfield. 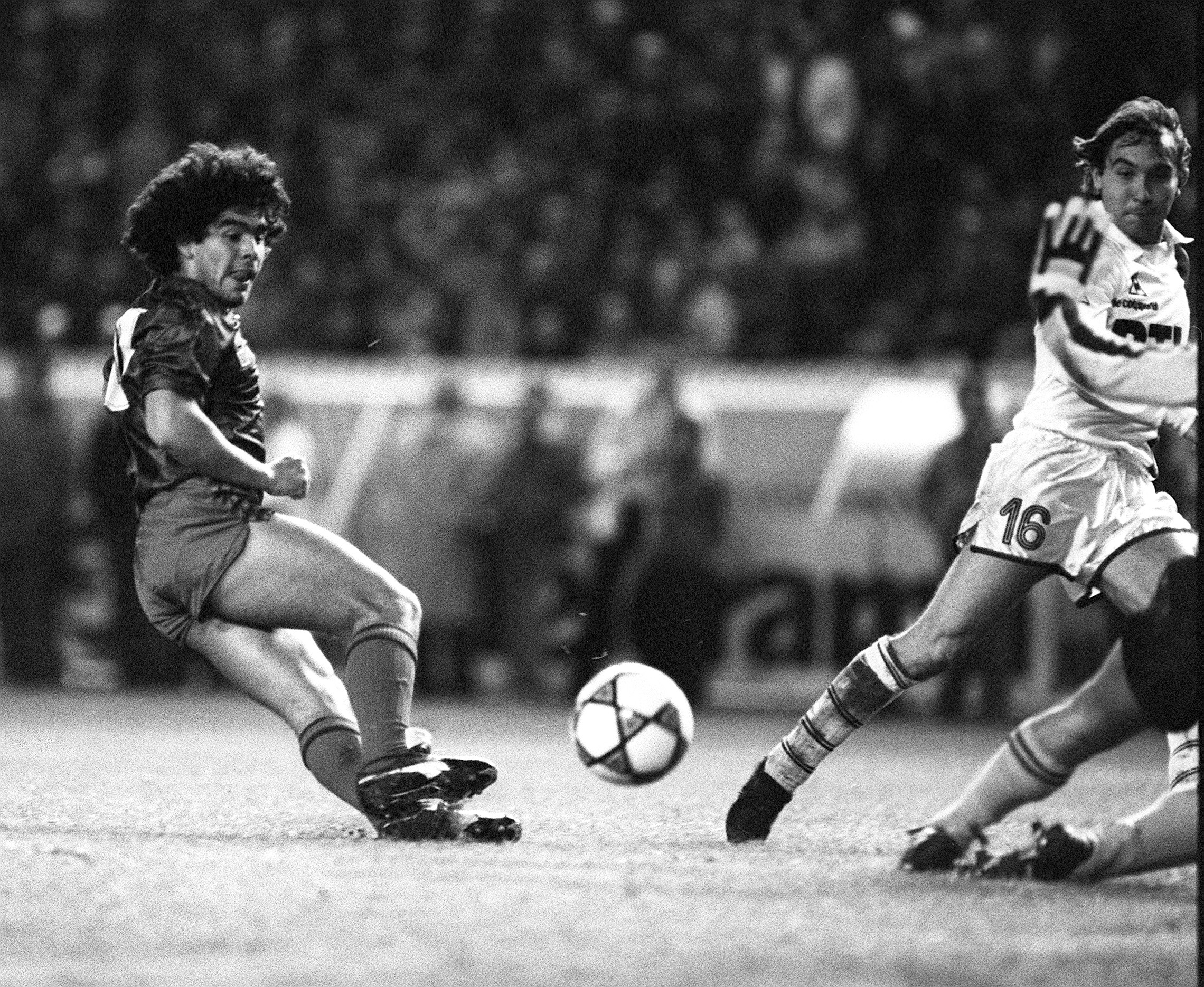 Yes, sorry, Maradona is only third. But that’s because his Barcelona career wasn’t exactly his peak.

Signed for a world record fee in 1982, Maradona was sensational at Camp Nou, scoring 38 times in 58 appearances.

Having already starred at the 1982 World Cup, his talent was obvious. Unfortunately, luck wasn’t on his side and his Barcelona career was punctuated by drama. First hepatitis, then a broken ankle, and finally xenophobic abuse leading to him headbutting an opposition player.

G⚽️AL MORNING!!!
A footballing and Barça legend celebrates his birthday today…
🎂🎁🎉 All the best, Maradona! pic.twitter.com/hJmeV8wKiV

It was short, sweet, dramatic and Maradona left for Napoli (for another world record fee) having won the Copa del Rey but not LaLiga, nor a European trophy. 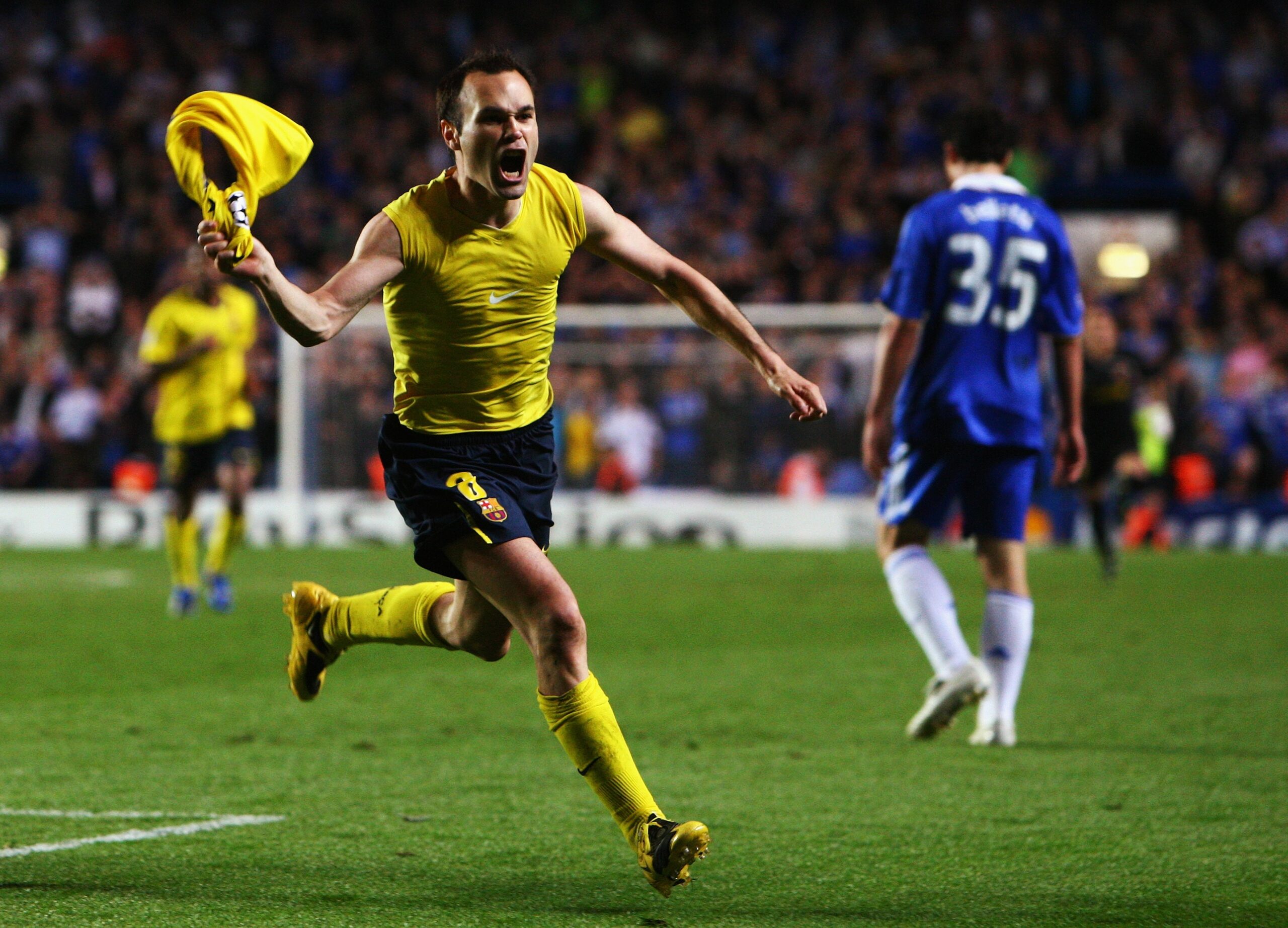 The jazz alongside Xavi’s classical music, Iniesta is truly one of the all-time greats. One of the greatest dribblers the game has seen and an unselfish runner, he was the necessary final cog in Guardiola’s all-conquering team.

What lifts him above others is his decision making, a common trend for players who excelled under Guardiola. Iniesta was capable of the spectacular but he kept things simple when he could and it made him one of the world’s greatest players.

That and a knack for the big moments. He didn’t score many, but when he did they almost always mattered and he won a sensational 32 trophies during his Camp Nou career.

And the winner is … Johan Cruyff 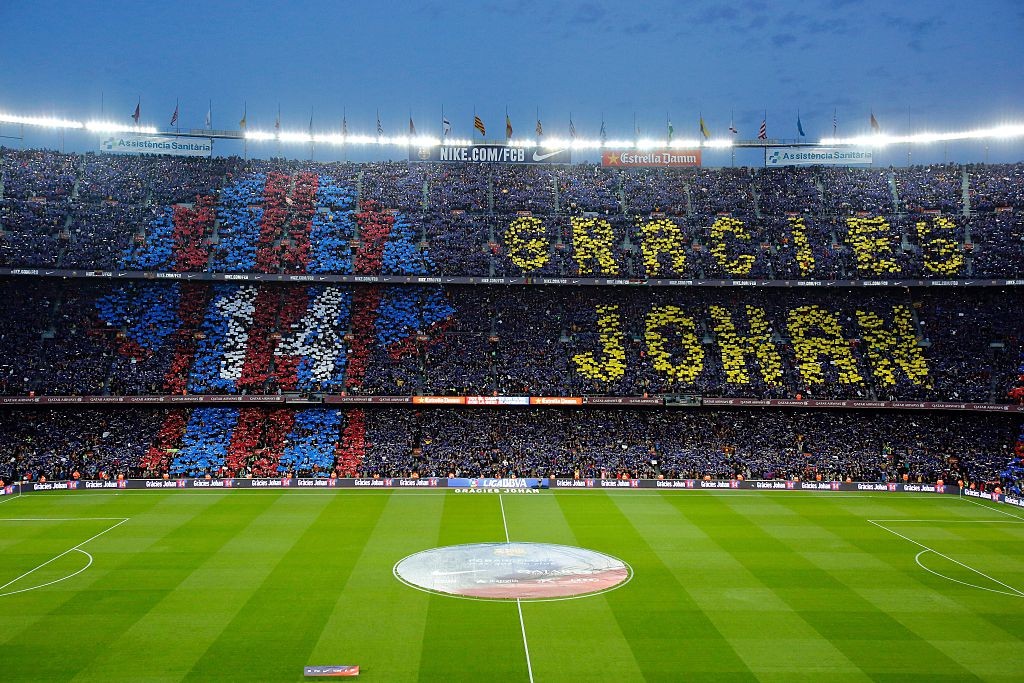 Well Cruyff just had to make the XI, didn’t he? He often played up front for Barcelona, sometimes from the left, and sometimes as an attacking midfielder. That’s where we’re sticking him.

Cruyff the player was deceptively quick, using his long legs to stride away from defenders. He always played with incredible imagination, creating chances and delighting spectators. And along the way he breathed life back into Barcelona when the club had gone 14 years without a LaLiga title. On top of all that, he inspired the team to a 5-0 win at the Bernabéu in his debut season.

That was his only league title in five seasons with the club, but that hardly matters. He inspired the entire city during a bleak political period.

Thank you @JohanCruyff, we learned to dream with you pic.twitter.com/e7U9Kcq7wE

He moved like an acrobat, he strode as an entertainer. He is renowned as the architect as the ‘Barcelona style’ of play, as a player and then as a manager. Cruyff was fearless, unshakeable, and without an equal on the footballing stage.

Check back tomorrow when we will be choosing the right winger.