The annual Deloitte Money League list has been published on Tuesday with Barcelona overtaking Real Madrid to become the world’s richest football club.

Despite a turbulent last six months – including a shock Champions League exit to Liverpool and the sacking of coach Ernesto Valverde – the Blaugrana have gone ahead of their bitter rivals to take top spot as the most valuable side on the planet.

The Camp Nou club saw revenue soar to €840.8m – a record figure for any team and almost 10 per cent more than Real Madrid.

Manchester United, despite their lowly position in the Premier League and failure to qualify for the Champions League, are still the richest English team with an income of €711.5m. 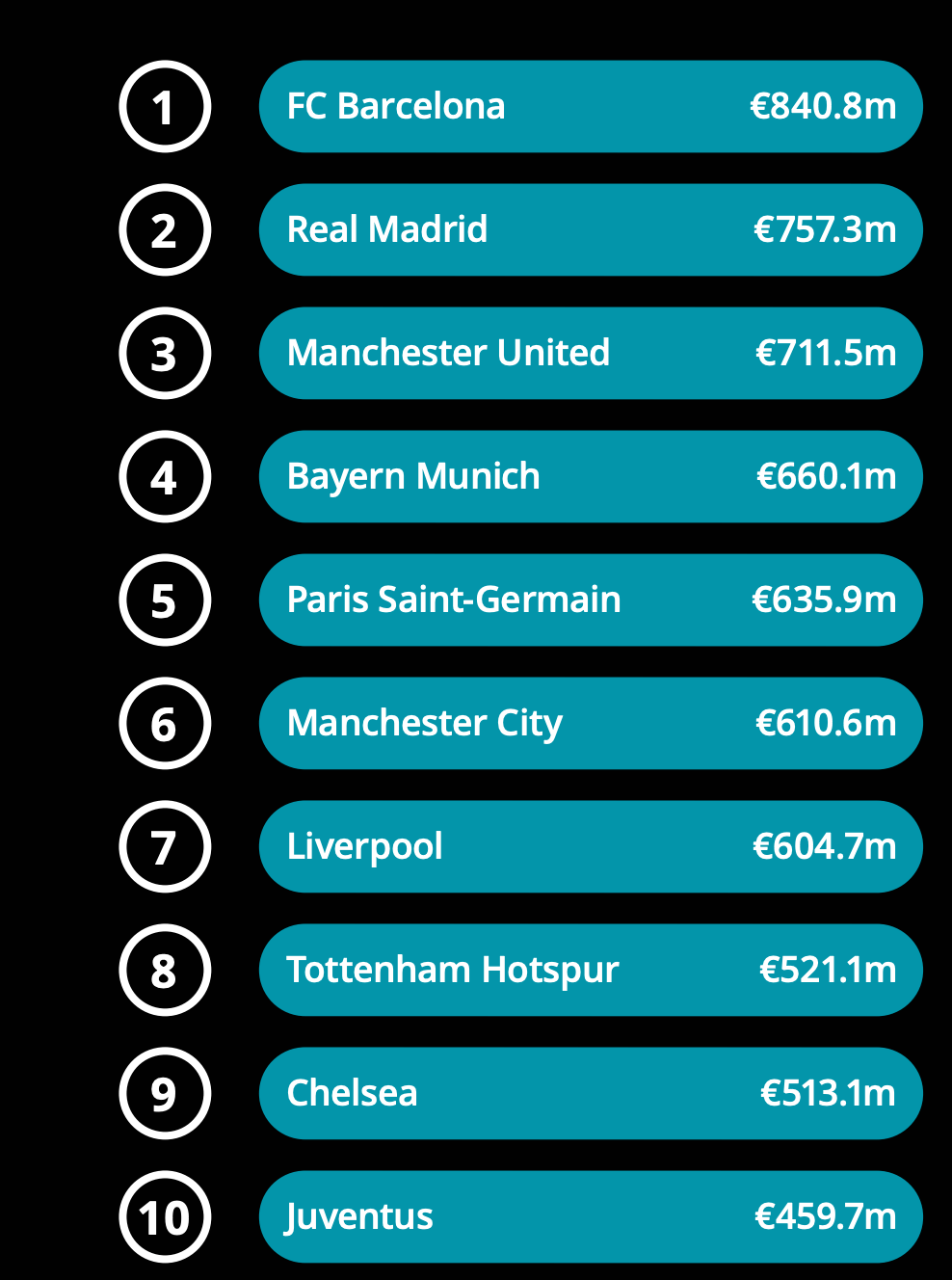 Bayern Munich and Paris Saint-Germain complete the top five with Manchester City, Liverpool, Tottenham and Chelsea all in the top 10.

Juventus also just squeeze in, one place ahead of Arsenal in 11th.