Barcelona have reportedly been left frustrated with the Spanish FA after midfielder Ansu Fati was granted Spanish citizenship.

Fati is also eligible to play for Guinea-Bissau (where he was born) and Portugal through his grandparents.

However, his application was recently fast-tracked by the RSFF which means could be included in Spain’s squad for the Under-17 World Cup.

The competition starts on October 26 and runs through until November – which means he could miss up to five weeks of the season.

According to ESPN FC, Barça officials are confused by the timing of this decision and are reluctant to lose Fati mid-way through their campaign. 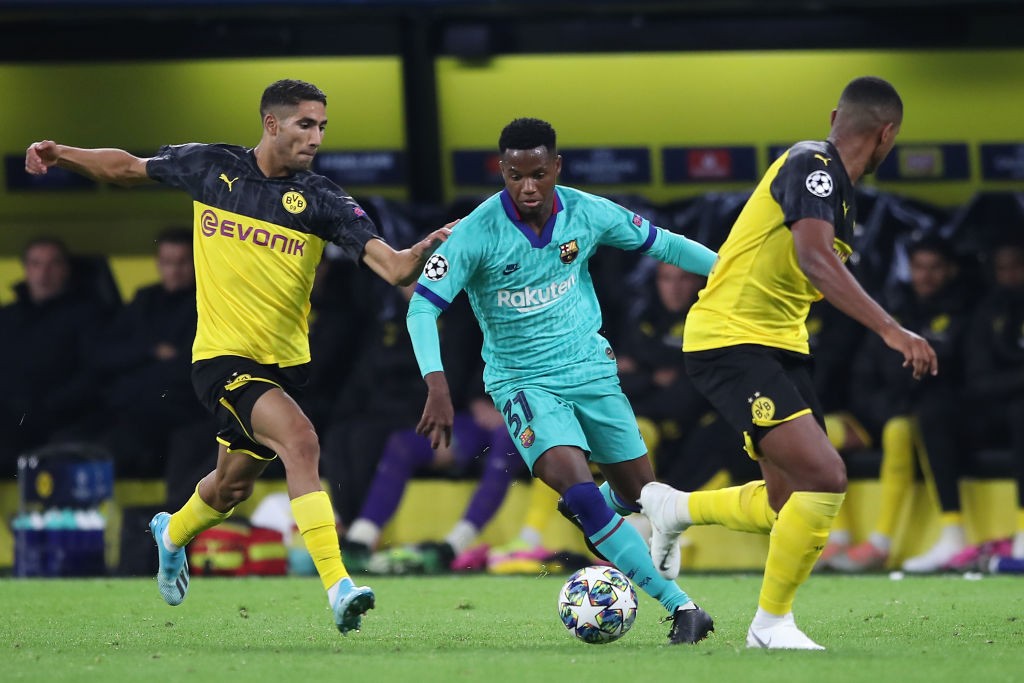 Sources at the club feel taking him out of the first-team dynamic would be ‘detrimental’ and they ‘fear losing him for so long that it would halt his progression’.

The 16-year-old has already scored two goals in three La Liga appearances since breaking into the first team last month.