Ademola Lookman: ‘My time will come, I’m sure of that’

It’s a crisp December morning and Bundesliga title-chasing RB Leipzig are preparing for what will be the first of five important matches in 14 days.

Coach Julian Nagelsmann will come up against his old club Hoffenheim at the weekend and on a training pitch in the shadow of the 41,000-seater Red Bull Arena, the 32-year-old prodigy is putting his players through their paces with a drill which requires them to string together a sequence of five passes before firing off a line-breaking through ball to the wingers waiting on either flank.

When they get it right it’s a joy to watch and the likes of Timo Werner, Emil Forsberg and Patrick Schick are all drawing admiring glances from the cluster of supporters watching the public training session in the cold.

But the standout player on the pitch isn’t any of those named above, or even the dreadlocked on-loan Chelsea midfielder Ethan Ampadu.

He may only be 5ft 9in but he’s quick and tricky and when he gets the ball, his team-mates can’t handle him. 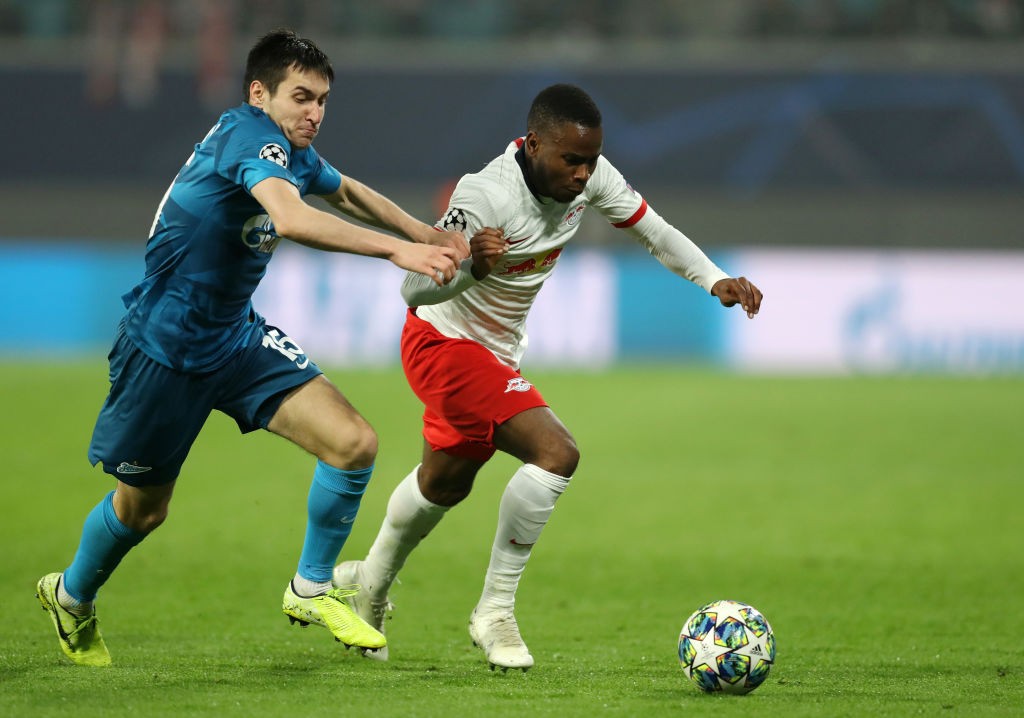 That isn’t a surprise. After initially signing him on loan for the second half of the 2017/18 season, Die Roten Bullen spent a reported €18m to buy Lookman permanently from Everton this summer, making him the fourth most expensive signing in the club’s 10-year history.

But what is surprising is that he has so far played just 131 minutes of Bundesliga football this season, and only 200 in all competitions.

He finished last season with just 601 minutes of Premier League action to his name but after leaving England in search of more opportunity, he currently finds himself struggling for first-team football again. 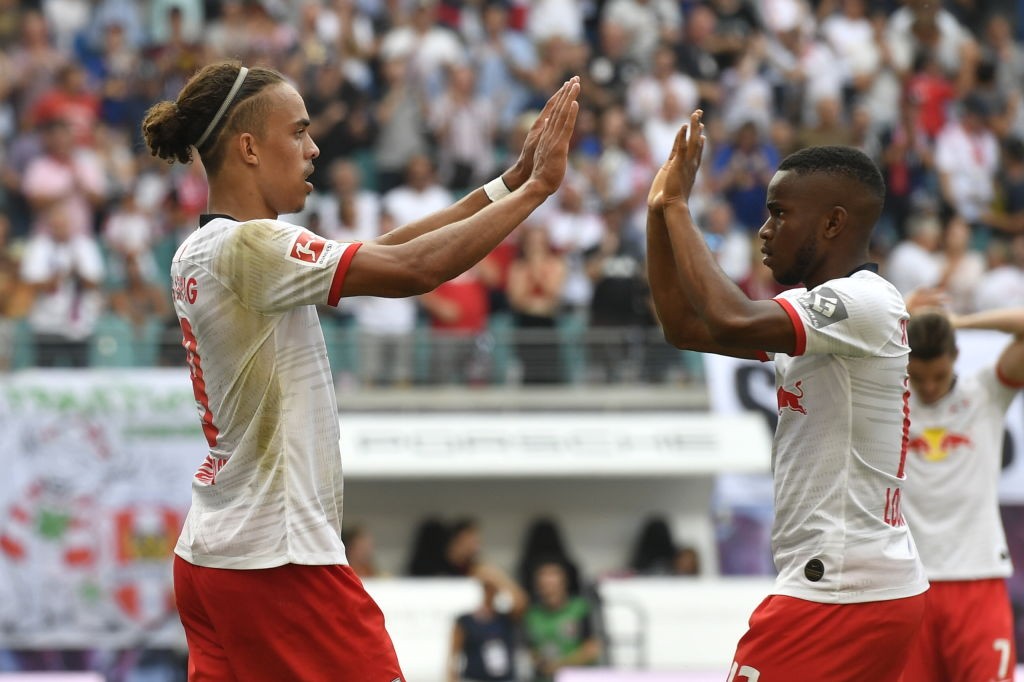 Perhaps he should be concerned about this but when he sits down with Onefootball after training, the knees of his tracksuit bottoms covered in grass stains after a team-mate presumably took exception to one too many step-overs, he seems happy and relaxed.

“For me it’s just keep on improving every single day,” says Lookman.

“It’s about adapting to a new team and I have to do that again. Keep working hard. That’s all I can do. Keep doing what I do on and off the pitch.

“The team is up there and they’re not up there for no reason. The team is very strong. But my time will come. I’m sure of that.”

And when it comes to patience, the young man has plenty of experience. Lookman was still playing Sunday league for Waterloo FC in south London until Charlton Athletic finally noticed his explosive talent and invited him to join their academy at the age of 16. 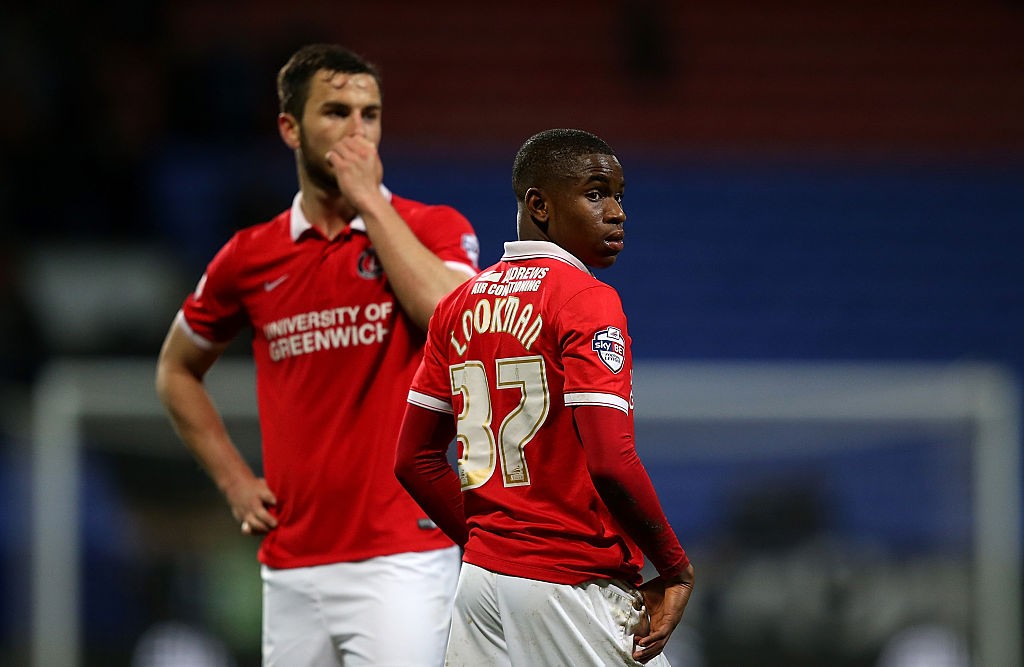 Most footballers are usually snapped up by professional clubs well before they reach their teens and though Lookman says he was sometimes scoring five or six goals-a-game for Waterloo, he admits there were times when he thought he wasn’t going to make it.

“My team was a bunch of brothers, we all grew up together from 11 to 16 so we were just like friends playing football together,” he says.

“It was just fun. If you’re playing and you love the game and it’s fun, there’s nothing better.

“We were a top team. Dead serious. All of us should be playing at a good level. All 16 of us, including the subs, were good enough. Some of them are in uni or working and some of them are playing football part-time. But they all could have.” 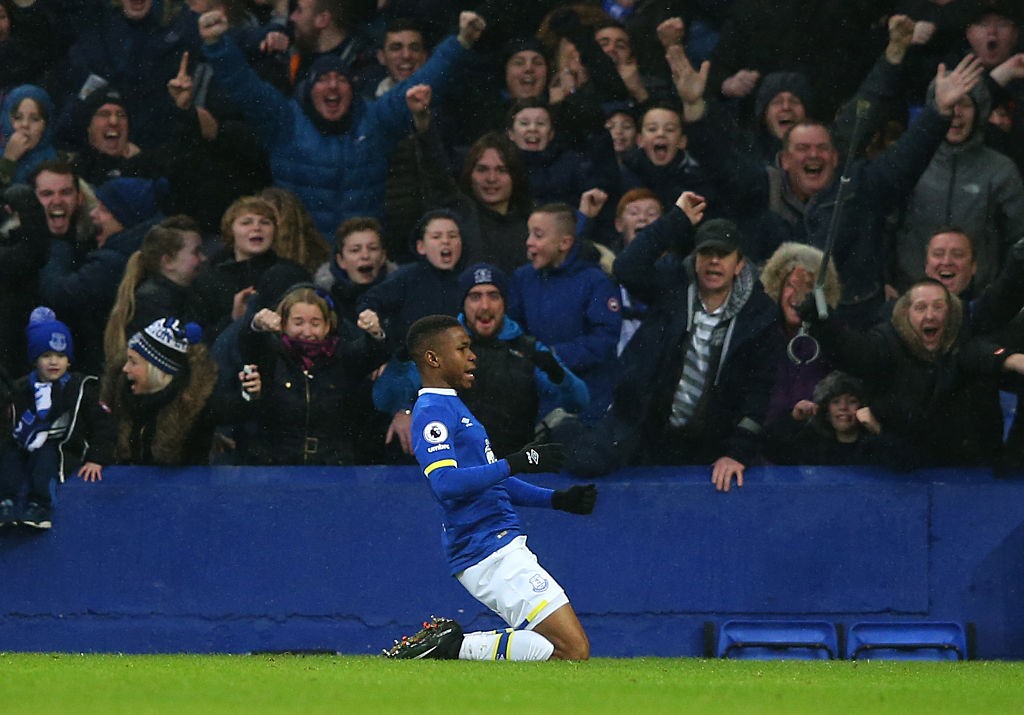 Two years after making his senior debut for Charlton, Premier League club Everton spent over £6m on him and he quickly repaid some of that faith by scoring in a 4-0 victory over Manchester City on his debut.

But that was to be the highlight of his time on Merseyside and 12 months later with first-team opportunities limited, he was offered the chance to leave on loan.

Sam Allardyce, the Toffees boss at the time, wanted Lookman to join Derby County in the Championship but the young winger was more enticed by an offer from RB Leipzig in the Bundesliga.

“It’s one of the most unusual situations I’ve been in,” said Allardyce back in January 2018.

“We got some deals for him but he was adamant he chose Germany.

“His stubbornness means he got his own way in the end.” 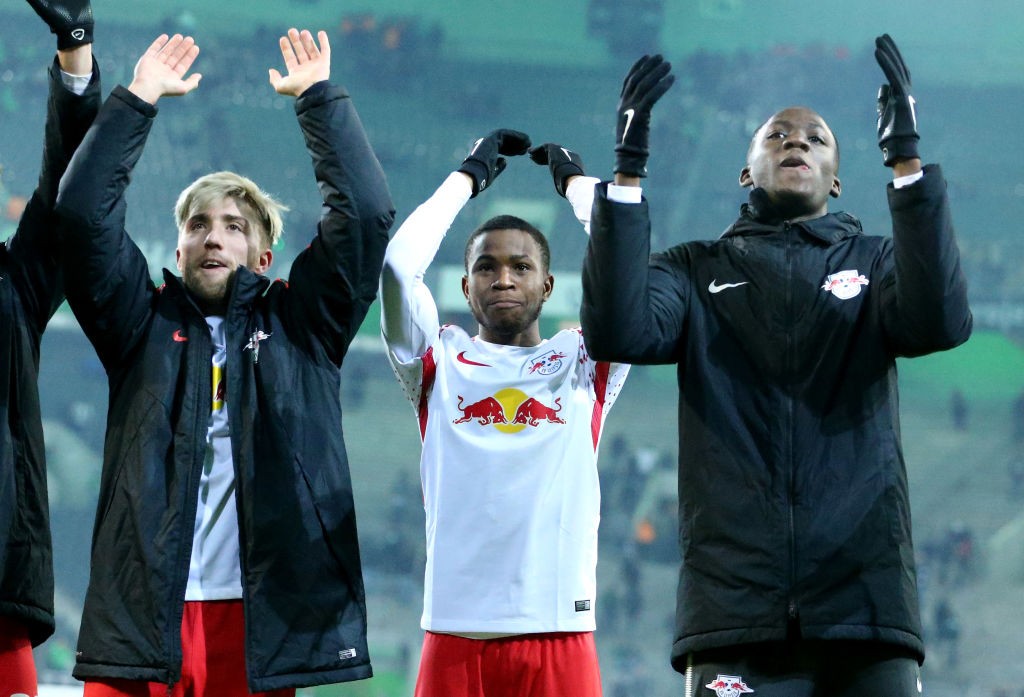 Lookman’s decision was quickly vindicated, however, as he again scored on his debut – this time coming off the bench to net the winner away at Borussia Mönchengladbach.

“[It was] just a leap of faith, you know? Like I’m going to do it, give it all I got, it’ll work out,” he says in respect of his initial loan move.

“I knew about the club but obviously it’s a different country so it’s always going to be new to me. I thought ‘I’m going to do it’.

“I think it was just a new experience and new scenery for me, which was good at the time. You’re forever learning so the excitement of that was important too.

“I was buzzing off learning new things, being around different people, obviously taking in a new language and new experience as well. So for me that was interesting.”

And does he feel like he proved Allardyce wrong?

“Everyone’s got their opinions, right? I didn’t come here to prove him wrong, I came here for myself.

“I knew coming here would be the right decision, so I did.” 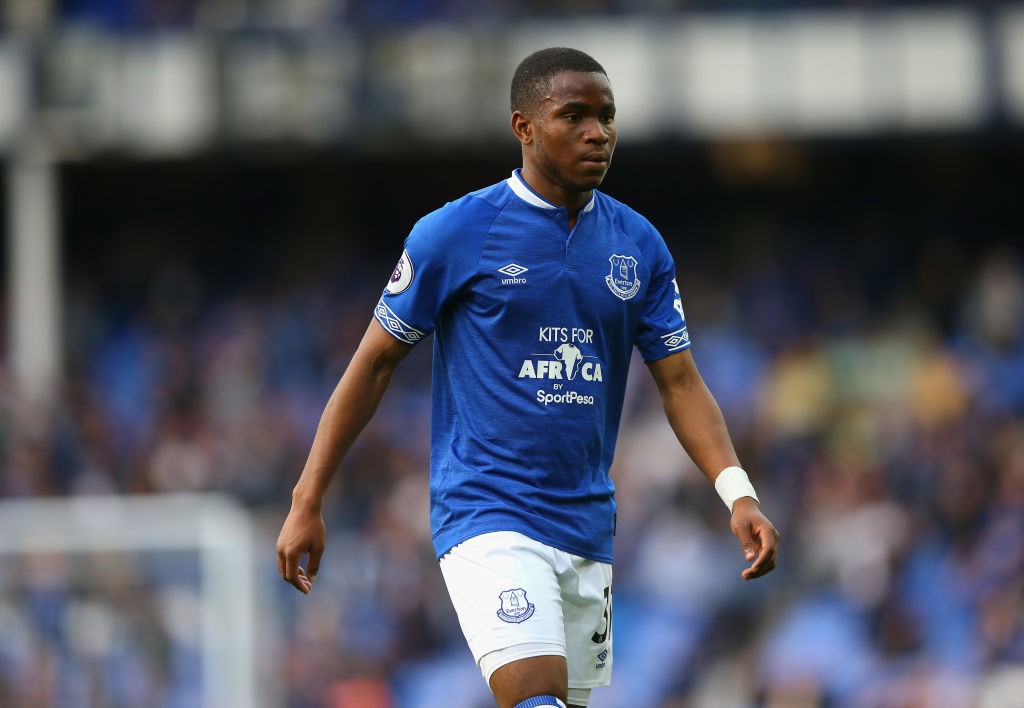 Lookman contributed an impressive five goals and four assists during his first spell in Saxony and when he returned to Goodison Park, Allardyce was gone and Marco Silva had been appointed as his replacement.

But the versatile forward’s situation didn’t improve under Silva and though he’s at a loss to explain why it never quite worked out at Everton, he has no hard feelings towards a “a big club with a lot of tradition”.

Now he finds himself at a club with little in terms of tradition but one where he can learn from one of the best coaches the Bundesliga has to offer.

“A lot of energy,” he says when asked to describe Nagelsmann’s coaching style. 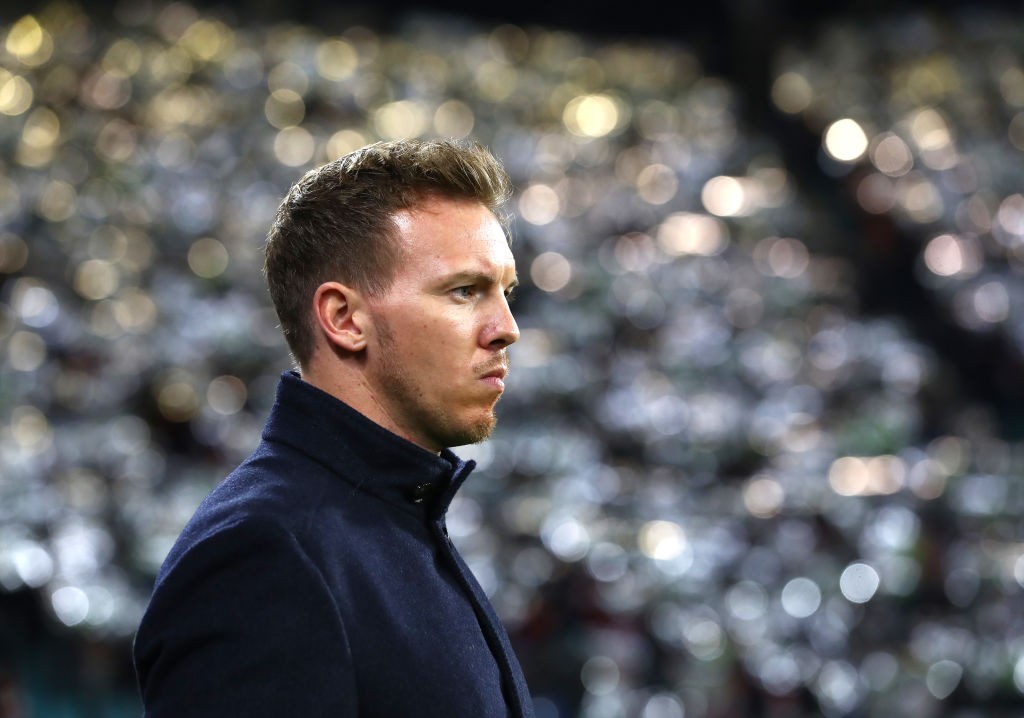 “He’s always on us to improve. Even if it’s the littlest of details. He’s all about intensity and playing with speed. That’s good for my game too. It’s a pleasure to work under him and to learn every day.

“Definitely the word I hear most from him is ‘intensity’ especially if I have the ball. His coaching staff help a lot as well, with clips and words of wisdom on the pitch as well.

“It’s his drive and passion. He’s hungry. I can see that.”

Lookman takes German classes three times a week and though he admits he misses his mum’s Nigerian cooking, he’s open to new experiences too.

“Like the other day I tried octopus at the training ground.”

“I’m reading a book about ego at the moment, someone said I should read it so I’m giving it a go.

“Otherwise I’m watching interviews about other people, finding out what motivates them, how they got to where they were.”

“Have to say Denzel Washington. His name says it all doesn’t it? I just think he’s amazing.

“I’ve watched a few things where he speaks at universities, his speeches and stuff, he’s a top guy.” 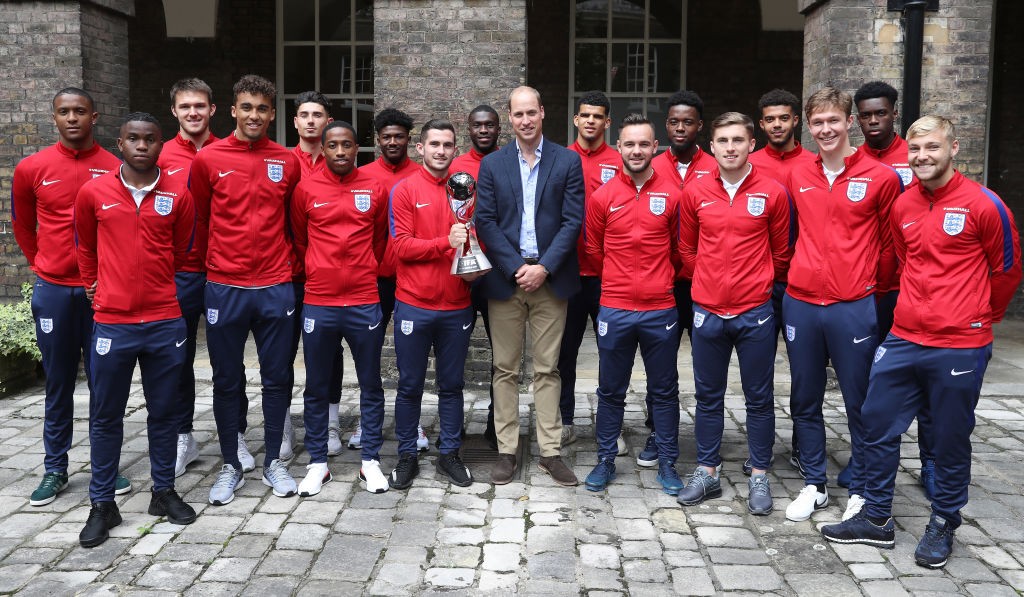 Along with the likes of Fikayo Tomori, Dominic Calvert-Lewin and Dominic Solanke, Lookman was part of the England side which won the 2017 U20 World Cup in South Korea and he has since been capped 11 times at U21 level.

But with the Qatar World Cup coming up in 2022, he’s aware the window of opportunity to force himself into the senior set-up is closing, and he admits he could yet switch allegiance to Nigeria, where his parents are from.

“I’ve not changed my mind on that but I’m open and it’s good to have different opportunities,” he says.

“It’s definitely something I’ll be thinking about. It’s a serious decision. International football is a big thing if you want to keep progressing which I do.” 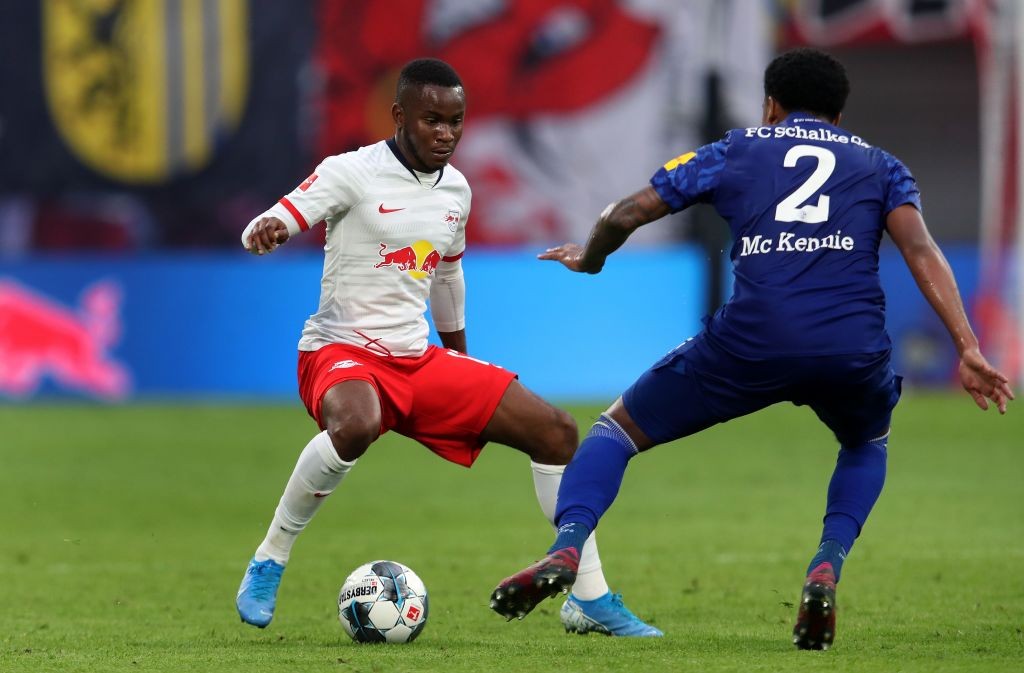 If he’d never made it professionally, the 22-year-old insists he would happily still be playing Sunday league but sitting in the press conference room of a Bundesliga and Champions League club, he acknowledges he’s come a long way from his days at Waterloo.

“This is my stage now,” he says, with a twinkle in his eye.