Robert Lewandowski scored an 88th-minute winner to send Bayern Munich four points clear at the top of the Bundesliga after a 3-2 win at home to bottom of the table SC Paderborn.

The 31-year old spared Bayern’s blushes with a brace after they twice lost a lead.

Serge Gnabry gave the hosts a lead after 25 minutes before an horrific mistake from Manuel Neuer allowed Dennis Srbeny to equalise just before half-time.

Lewandowski got his first 20 minutes from time but the visitors equalised again through Sven Michel before Bayern’s iconic number nine sealed the victory.

Here’s what we made of a dramatic night at the Allianz Arena.

Lew to the rescue

Make no bones about it, this was quite the scare for Bayern Munich.

SC Paderborn came to the Allianz and were intent on hitting their hosts on the counter-attack.

And their plan very nearly worked after twice coming from behind to pull level.

The league’s bottom club were two minutes away from a vital and priceless point to help in their battle against relegation before Lewandowski broke hearts, as he always seems to do.

Robert Lewandowski has now scored 25 goals in Bundesliga this season.

These were the 24th and 25th goals of the Polish striker’s season so far, and slotting away Serge Gnabry’s cross has given Bayern a bit of breathing space ahead of the chasing pack before the rest of the weekend’s games.

However, their high-line, which has come in since the arrival of interim head-coach Hansi Flick was infiltrated on numerous occasions tonight.

This may give some opposition teams food for thought as we head into the business end of the season.

Chelsea and the Champions League await on Tuesday for Lewandowski and co. 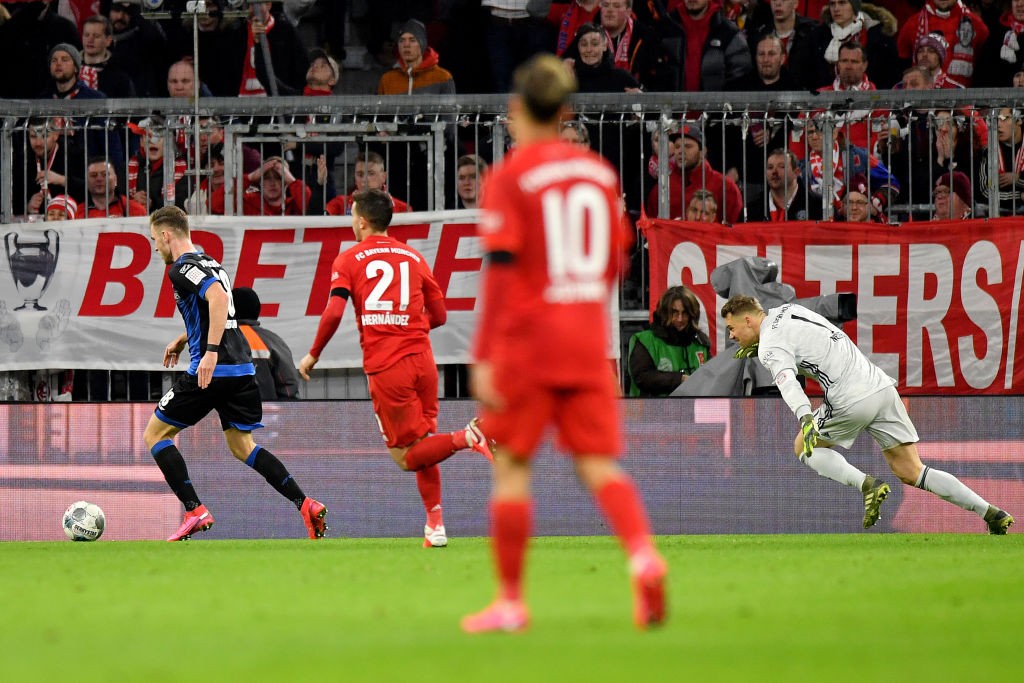 Manuel Neuer changed what the footballing world expects of goalkeepers.

It’s not enough to simply just save and catch as a keeper anymore, you have to be good with your feet as well being quick to rush off your line.

Neuer can be attributed with reinventing the wheel and defining the role of ‘sweeper keeper’.

But with the risk-taking that comes with operating as a luxury outfield player masquerading as the last line of defence are the times when it doesn’t go to plan.

We bring you the events that took place two minutes before half-time at the Allianz Arena tonight.

Manuel Neuer where are you off to? 🙈

Bayern were comfortable and almost playing in second gear before the 33-year-old’s mistake.

The German international seems to stop despite being first to an overhit pass down the channels.

Dennis Srbeny then tackles him before running through on goal and slotting home past Alvaro Odriozola.

Neuer is capable of one of these every so often and in all honesty, it’s hilarious when it happens.

What next for Philippe Coutinho? 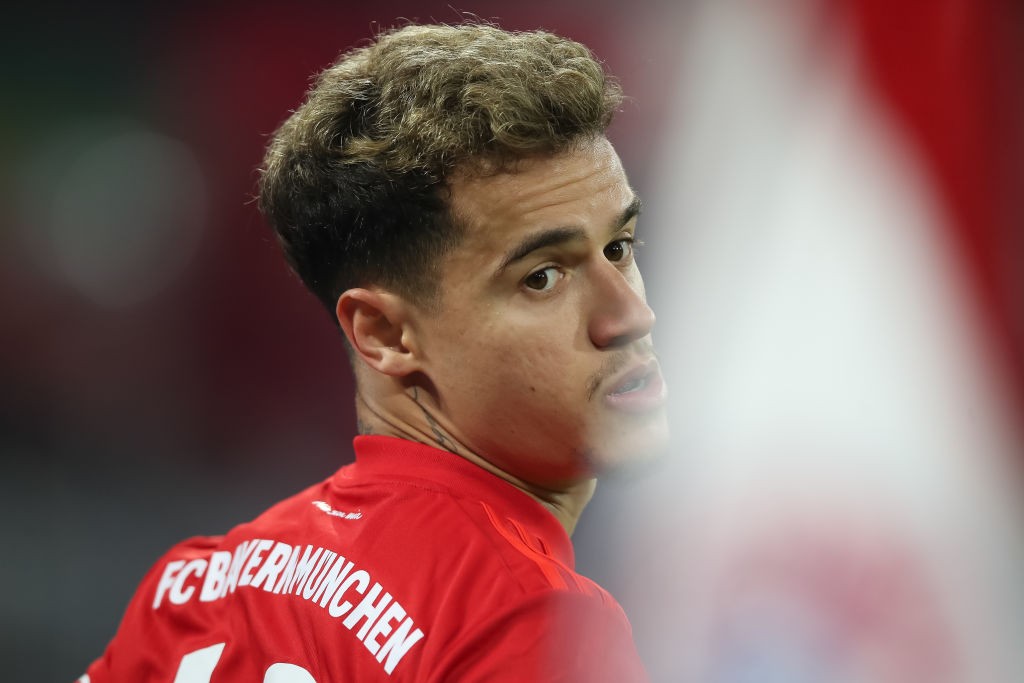 He had the perfect opportunity to impress tonight, in the starting line-up at home to the bottom side in the Bundesliga with Thomas Müller rested and Leon Goretzka out injured.

This was the Brazilian’s first league start since January 19 and you wonder whether he will get another chance before the end of his loan spell at the Allianz Arena.

Coutinho wears the invisibility cloak when he plays for us

The 27-year-old was ineffective and never really got involved in the game before being substituted for Müller after 62 minutes.

It’s quite remarkable and also tinged with sadness how far and fast Coutinho’s career has dropped.

It was only two years ago that he made the €142m move to Barcelona to spearhead an exciting new area at the Camp Nou.

A look at the direction both parties have gone in since is utterly fascinating.