3️⃣ points as Argentina fight back to claim draw in Germany

Germany let a 2-0 half-time lead slip in Dortmund as they drew 2-2 with Argentina on Wednesday night.

Serge Gnabry and Kai Havertz had them in control before Lucas Alario’s impressive cameo brought the visiting side a share of the soils.

Who gets the gloves?

One of the ‘controversial’ talking points around Die Mannschaft has been in relation to the goalkeeping position.

Marc-André ter Stegen reasonably voiced his disappointment at not playing more and Manuel Neuer and certain Bayern cronies didn’t like it.

Against Argentina, the Barcelona man started and completed a full game for the first time in over a year.

It seems as if Manuel Neuer isn't happy with Marc-André ter Stegen starting ahead of him. 😳 pic.twitter.com/KFhNmp6gQj

He had a brief shaky moment but that was mostly due to a bad pass than any fault on his part, while he was unlucky for the second goal given that it deflected past him.

At club level, he has undoubtedly been in better form than Neuer but we aren’t banking that he’ll be given the gloves on a consistent basis after this showing.

Despite playing very little for Juventus this year, Emre Can was also a big performer, along with Kai Havertz.

Argentina are spoiled for choice with their attacking options.

They have Lionel Messi, Mauro Icardi and Sergio Agüero at their disposal. And those are just the guys who weren’t available in Dortmund.

Lautaro Martínez and Paulo Dybala started this one and very little consideration has been given to Lucas Alario.

Lucas #Alario has that killer instinct we need! 🤪 🇦🇷⚽️ @Argentina

The 27-year-old had just four caps and one goal to his name before this game started but those numbers will certainly rise.

Alario looked like a threat every time he touched the ball, driving forward dangerously and wreaking havoc.

He scored a goal, set up another and will have given Lionel Scaloni a lot to think about.

Oh how things have changed 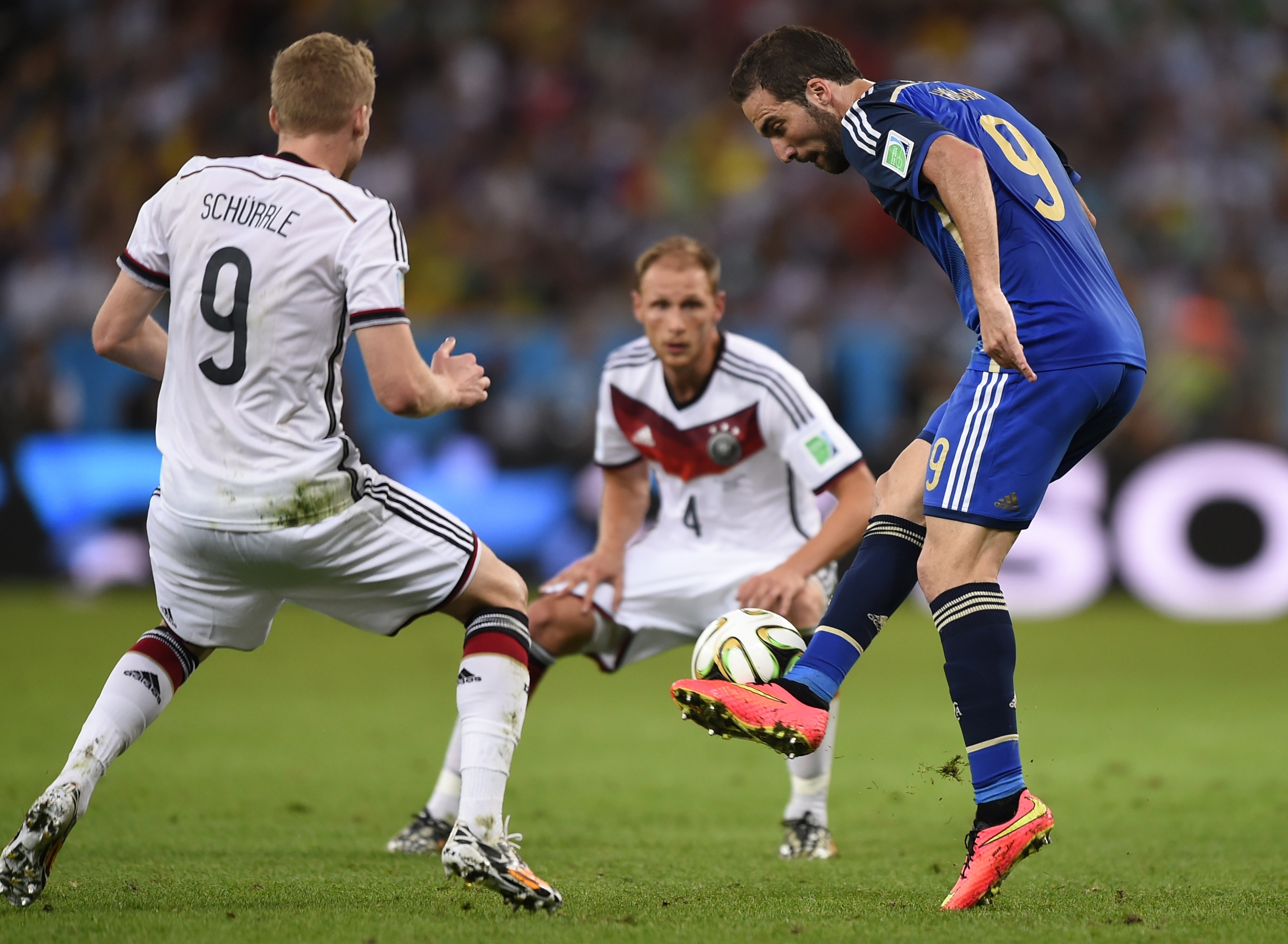 Just five years ago, these teams faced off in a low-key World Cup final that was ultimately won via a Mario Götze strike.

Of the 28 players that played in Brazil that night, Marcos Rojo was the shock lone survivor.

Although there were injuries (and a certain big suspension) to account for, it is still a serious amount of turnover for two international powerhouses.

Marcos Rojo is the only player who featured in 2014 World Cup final between Germany and Argentina who is starting tonight.

It's only a friendly, of course, and there are many injuries – especially on Germany's side. But it shows how much these two nations have changed in 5 years

Both sides have exciting talents in their sides who have emerged since that game in 2014, with some of them strutting their stuff in Dortmund.

Serge Gnabry, Kai Havertz, Niklas Süle and Joshua Kimmich will all be mainstays of this Germany side for years to come.

The Albiceleste may be in a rut at the moment but Serie A trio Lautaro Martínez, Paulo Dybala and De Paul give some reasons to be cheerful.