🦁 Our very early Premier League Team of the Season so far

The 2019/20 Premier League season is eight matches old and, as we head into another international break, the table has started to take shape.

Here’s our best XI of the campaign thus far … 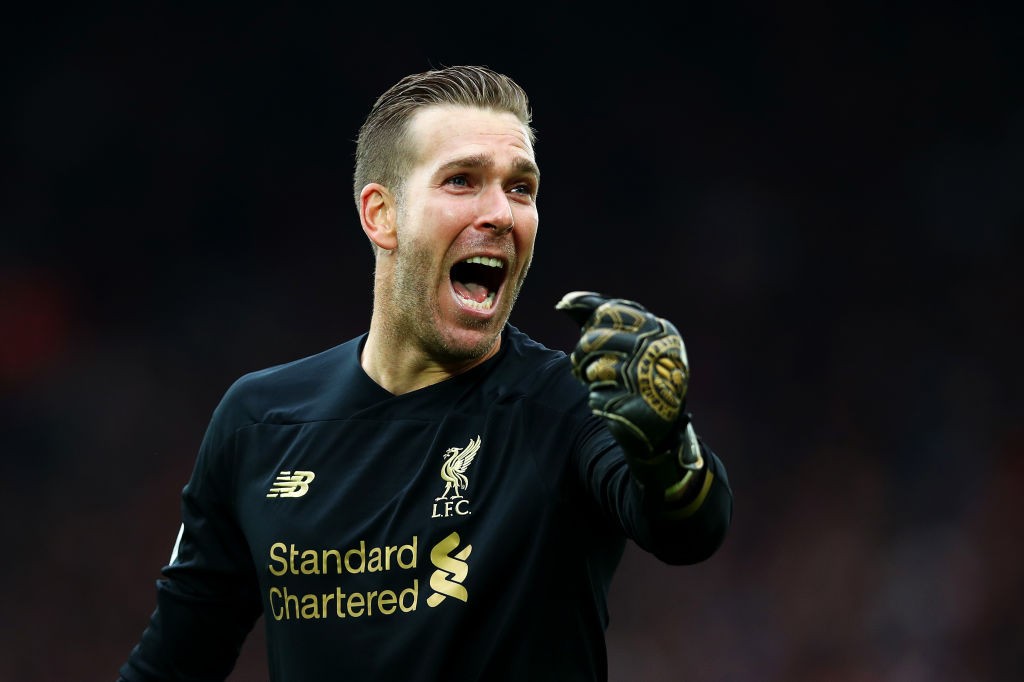 Many thought Liverpool’s title chances had been dealt a huge blow when Alisson was forced off with a calf injury during the first half of the first game of the season.

But aside from an error at Southampton, summer signing Adrián has deputised brilliantly for the Brazilian. The 32-year-old has conceded just six goals in the Premier League and his side are eight points clear at the top of the league.

Alisson back after the break. But wow, how well has Adrian done?

What more can we have expected from a Bosman who'd been released by West Ham for not being good enough. 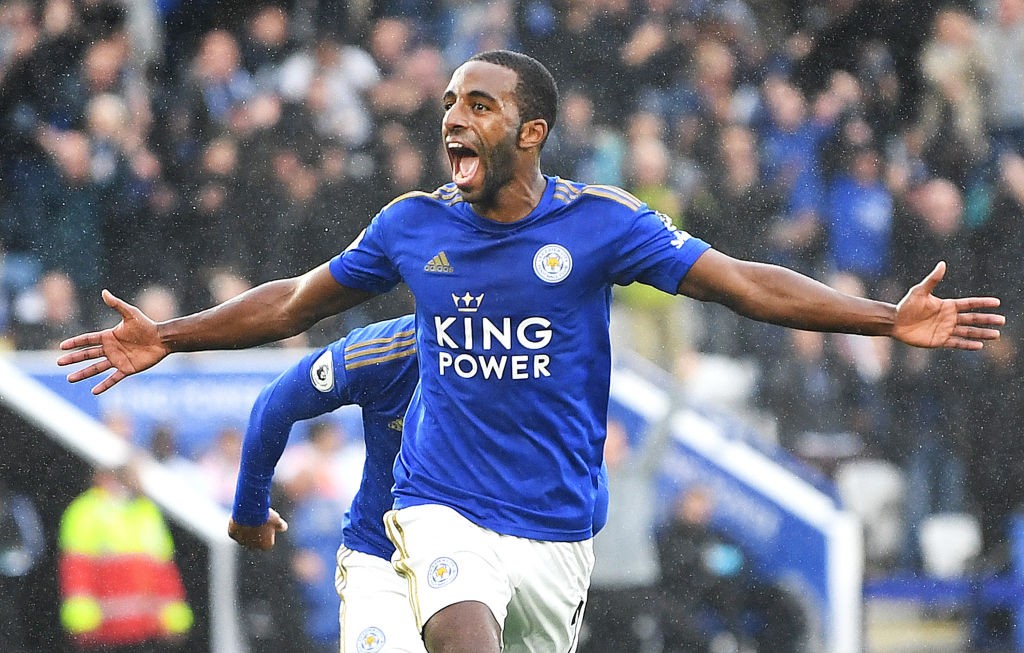 The Foxes full-back has been one of the heartbeats of his side’s impressive start to the season and his strike against Tottenham as well as his super solo goal against Newcastle will live long in the memory. 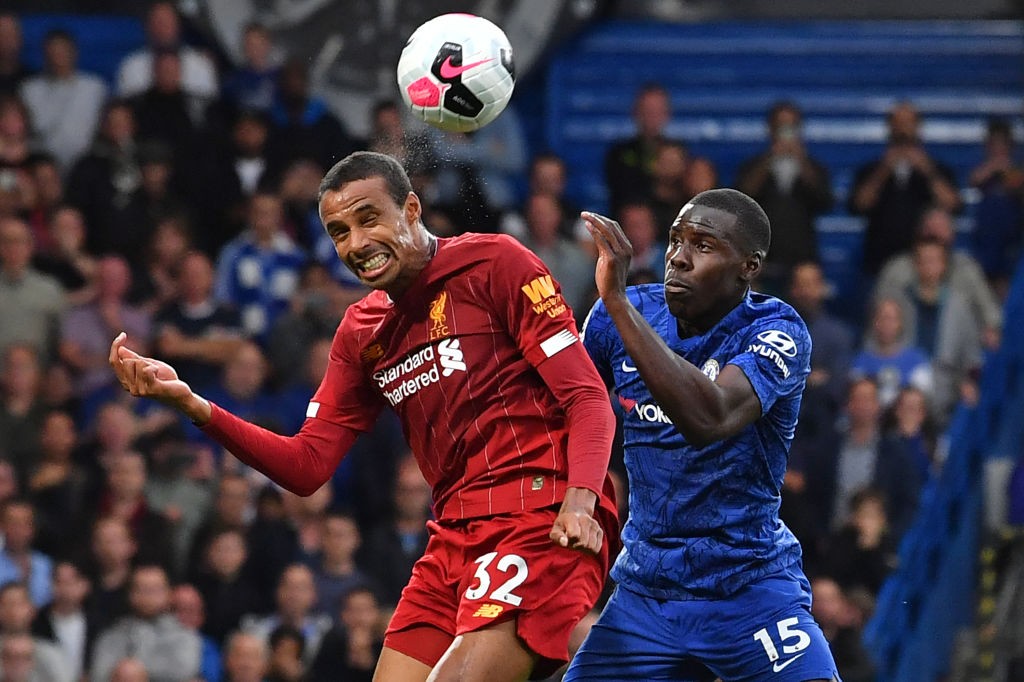 It takes a really special defender to upstage Virgil van Dijk and that’s exactly what Matip has done so far this season.

The Liverpool centre-back was named PFA Premier League Player of the Month for September and his side felt his absence when they shipped three goals against Salzburg in the Champions League.

It’s difficult to think of a player I’ve completely changed my opinion on more than Joel Matip.

He’s gone from being our 4th choice CB to the Premier League Player of the Month and within the top 3 CBs in the league.

He’s earned my respect and is an absolute hero. pic.twitter.com/bXHwcJ7N1K 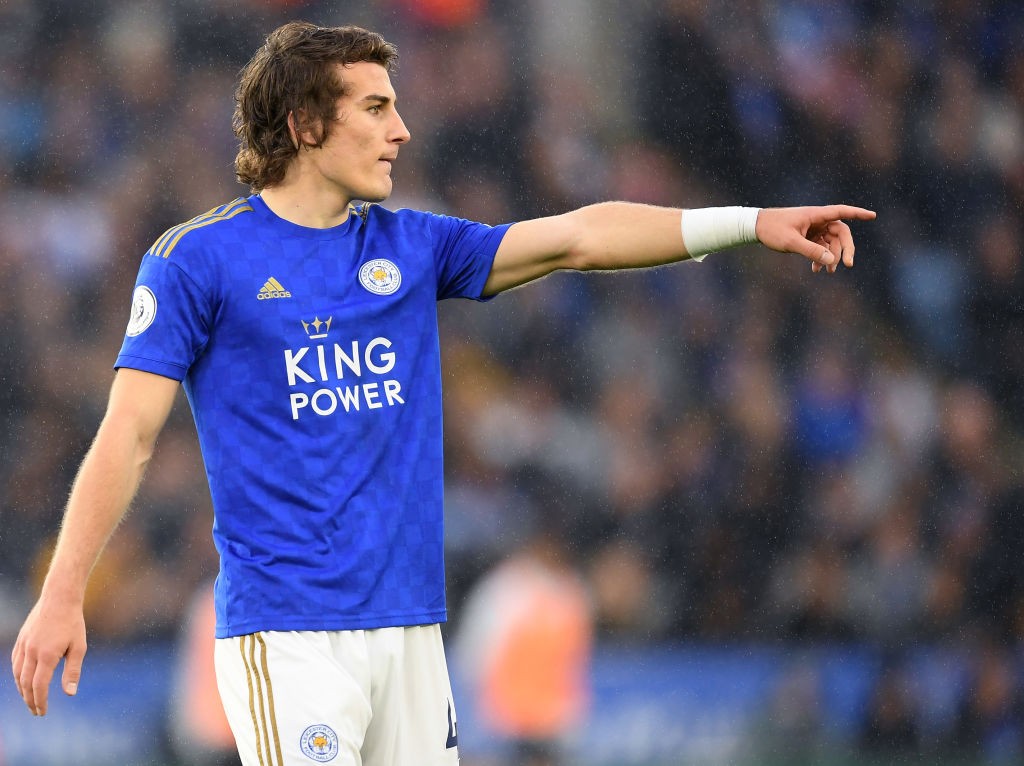 After being sparingly used during his first season at Leicester last term, Söyüncü has become the defensive bedrock of Brendan Rodgers’s side in 2019/20.

The 23-year-old Turkey international was particularly impressive away at Liverpool and you wouldn’t know the Foxes had lost an £80m defender in the summer.

Soyuncu was quality today against a world class front three. If there were any doubts over his quality, they’ve gone. Colossal player. #LCFC 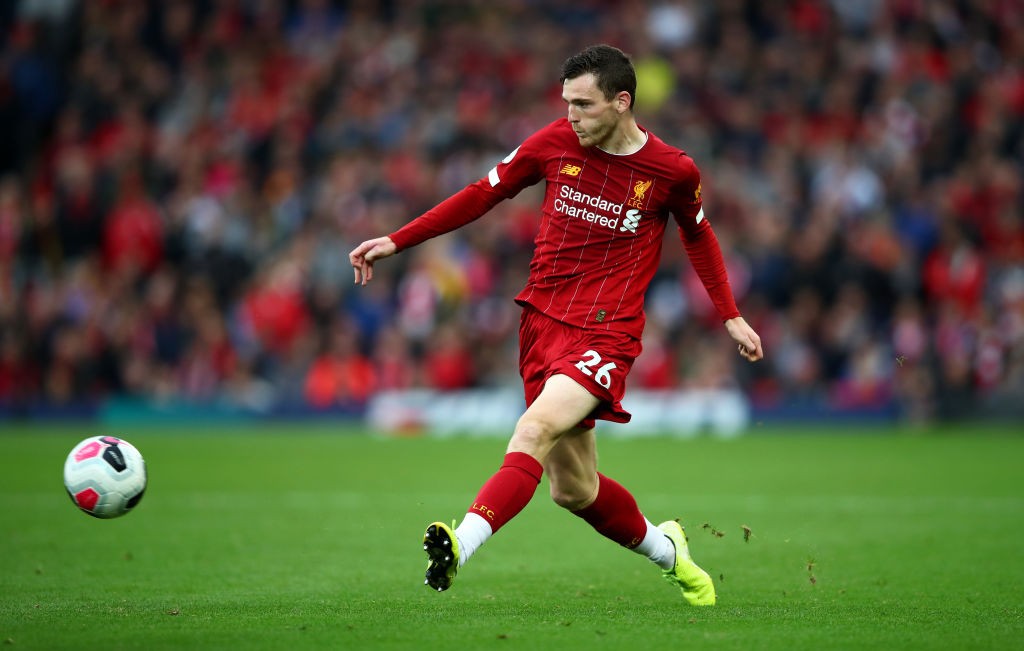 The Scot has picked up where he left off last season and is once again the league’s best left-back by quite some distance.

He’s brilliant going forward and fearsome defensively and one of the big reasons why Liverpool are so hard to beat.

Best left back in the world 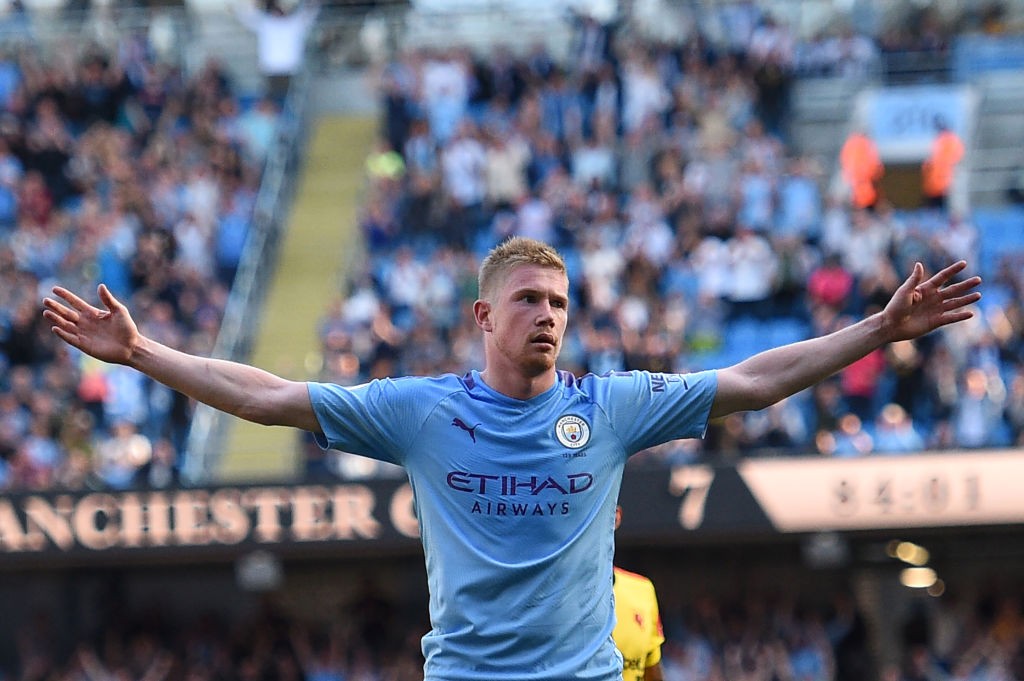 After missing most of last season through injury, De Bruyne looks like a man on a mission to make up for lost time in this one.

The Belgian already has two goals and eight assists in seven appearances and it’s no coincidence that he didn’t start either of the two games City have lost so far. 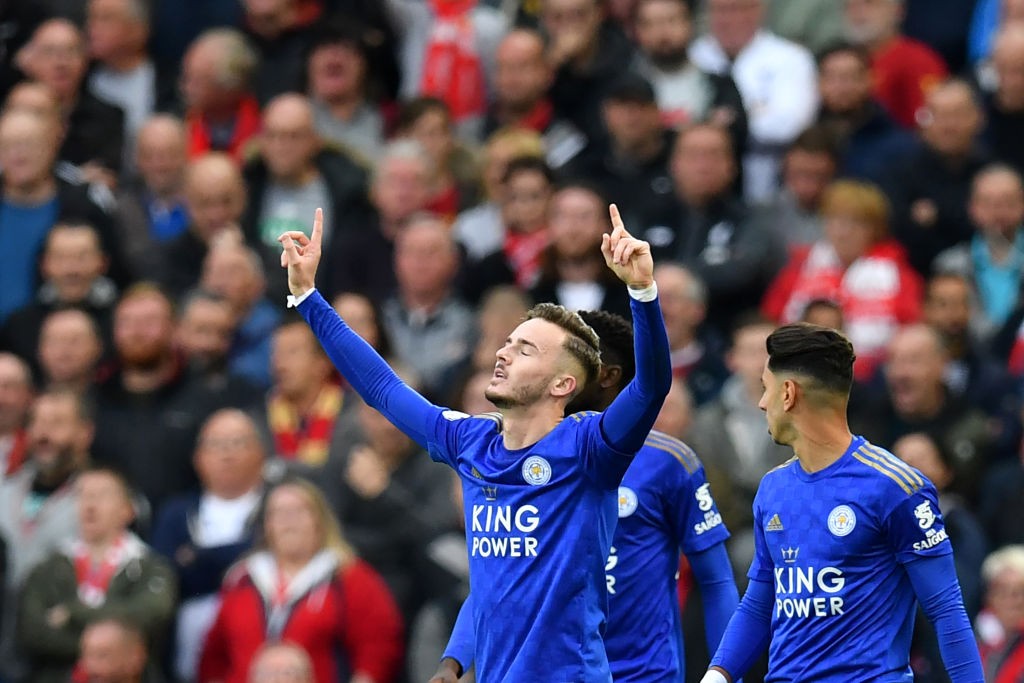 The third and final Leicester player in this list is Maddison.

If he isn’t confusing onlookers with his interesting luggage choices …

If James Maddison doesn’t get a yellow card today just for his bag then the referee has failed us all pic.twitter.com/dzEP7ouP7a

… then he’s wowing them with his goals, such as his brilliant strike in the 2-1 win over Spurs.

The 22-year-old has two goals and two assists in his seven Premier League appearances so far, and there’s bound to be plenty more where that came from. 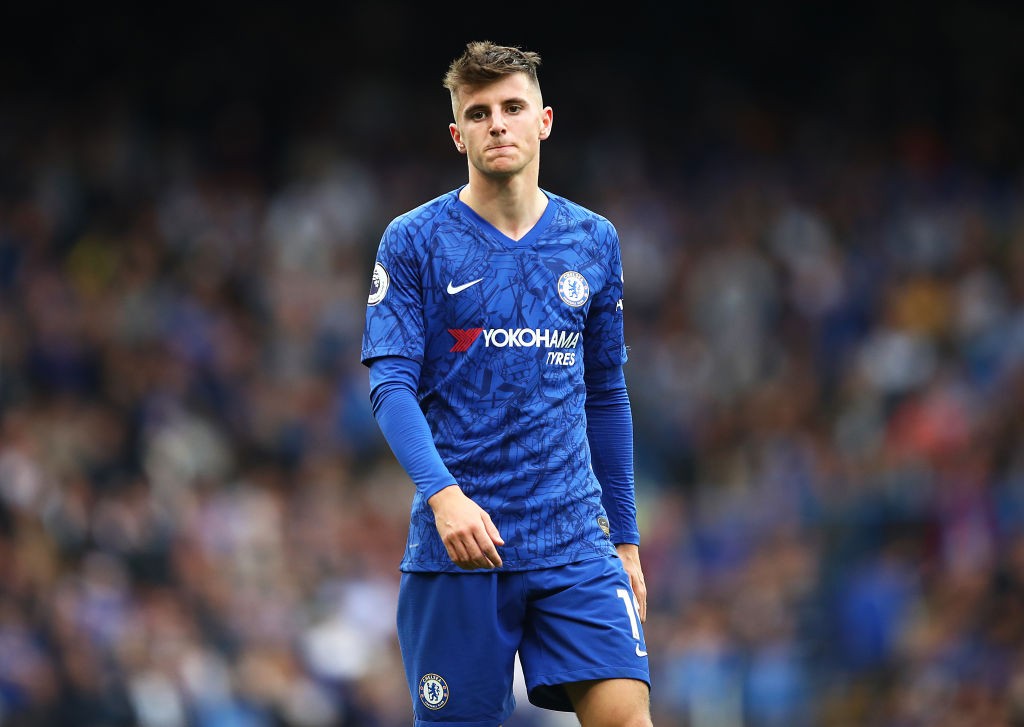 After his big money move from Borussia Dortmund this summer, Christian Pulisic might have expected to have played more than 287 minutes of Premier League football by now.

But one of the reasons he hasn’t is the form of young Mount.

The 20-year-old excelled under Frank Lampard at Derby last year but many wondered whether he was good enough to make the step up to the top flight.

He definitely is, and four goals and one assist so far this season tells its own story.

Chelsea's top scorers in the Premier League so far this season:

No one else has more than one. 👬 pic.twitter.com/Ir3BUvXhJL 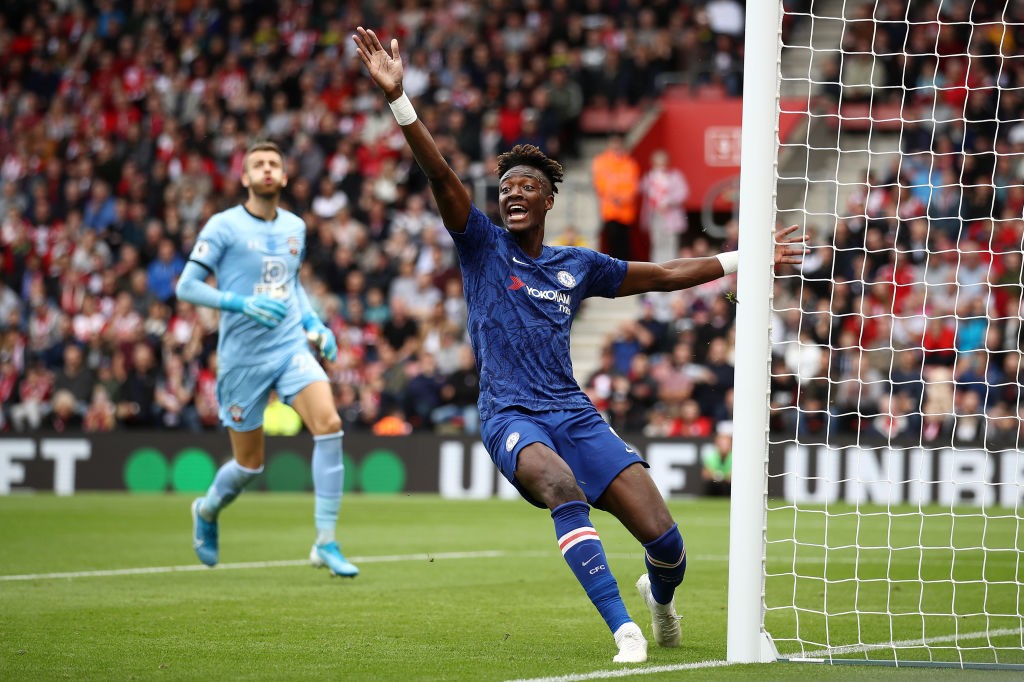 While we’re on the subject of Chelsea youngsters who have exceeded expectations so far this season, how about this guy?

Despite scoring 25 times for Aston Villa in the Championship last season, there were doubts about whether Abraham was ready to lead the line for a top Premier League team.

But the 21-year-old currently has eight goals in eight games – three of which came in a 5-2 win away at Wolves.

That works out at a goal every 72 minutes. Very impressive. 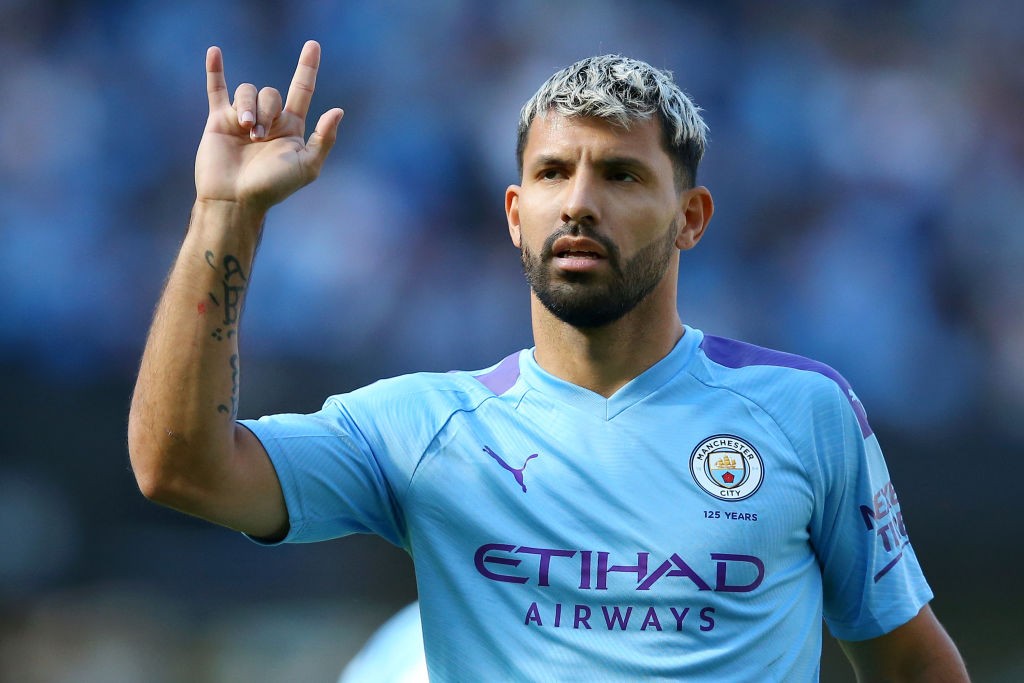 At the age of 31, you might have expected Aguero to start slowing down by now.

But the City striker scored in each of his side’s six games of the season and currently has eight in total.

That means the Argentine has scored a goal every 70 minutes this season – the best strike rate in the league.

To put that into context, Manchester United’s whole team are currently roughly averaging a goal every 80 minutes in the Premier League. 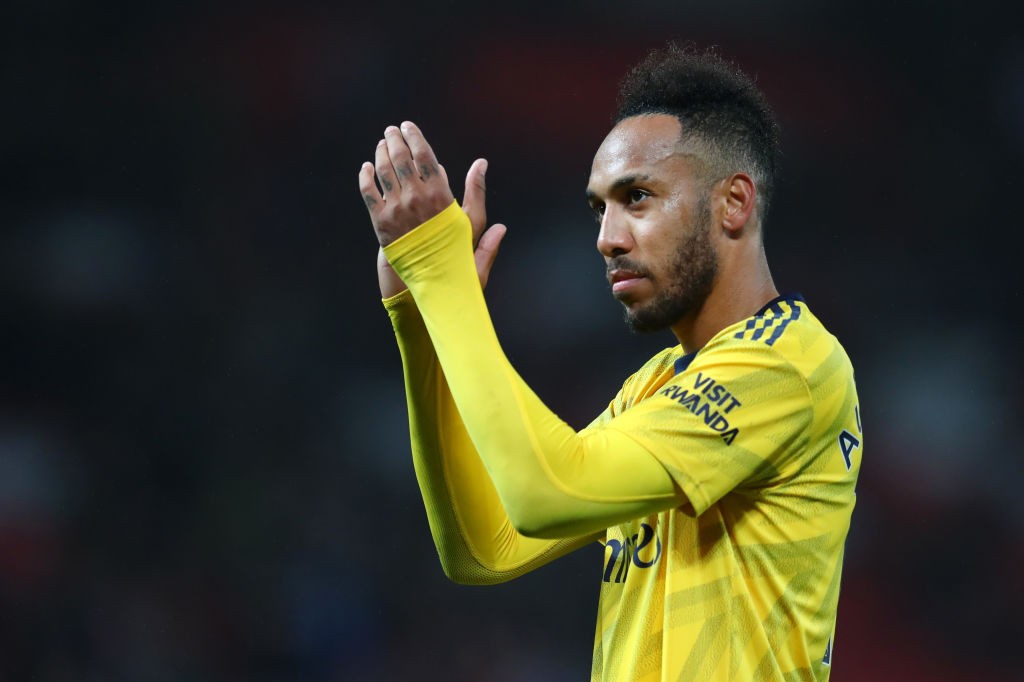 While Arsenal may not have made a particularly blistering start to the new campaign, they head into the international break 3rd in the table and just a point behind Manchester City.

And they largely have Aubameyang to thank.

The Gabonese striker has scored seven of their 11 goals in the Premier League so far, taking his tally to a very impressive 49 in 75 games since joining the club.

He may not always be the most spectacular finisher, but there are few better than him when it comes to finding space in the box.

5️⃣ goals in 4️⃣ apps…⁣ ⁣ @aubameyang97 is your @easportsfifa Player of the Month for September! 👏