Footballers are occasionally known for hitting the deck too easy.

A few screams here, some rolling around there, before the magic sponge comes on and fixes everything.

But Ryan Babel had his own ideas when Getafe defender Allan Nyom went down in pain. 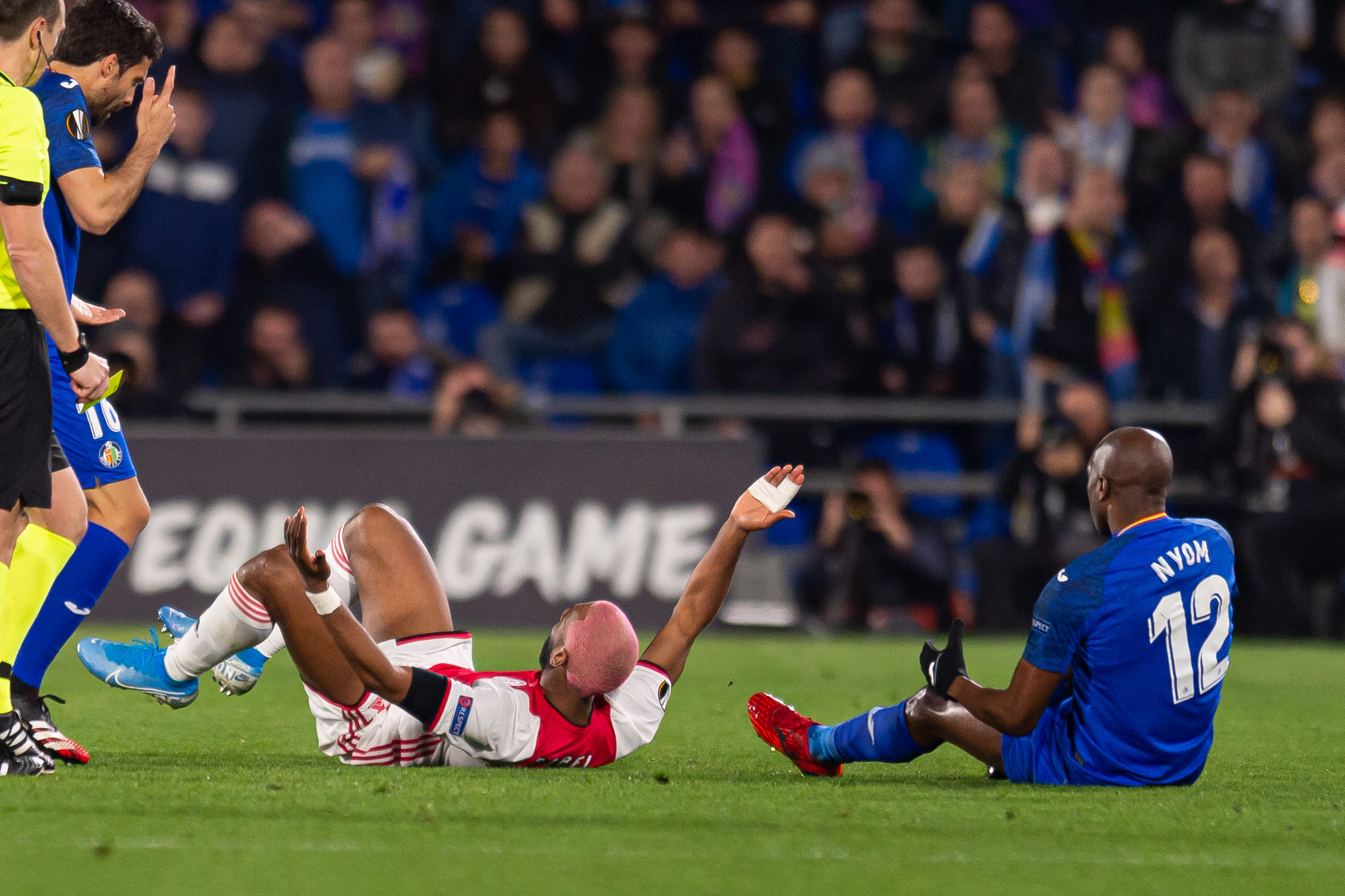 After a slight coming together, Nyom began writhing around holding his ankle – which Babel did not appreciate.

The Ajax forward then decided to roll around on the floor with Nyom in an attempt to prove how ridiculous he was. 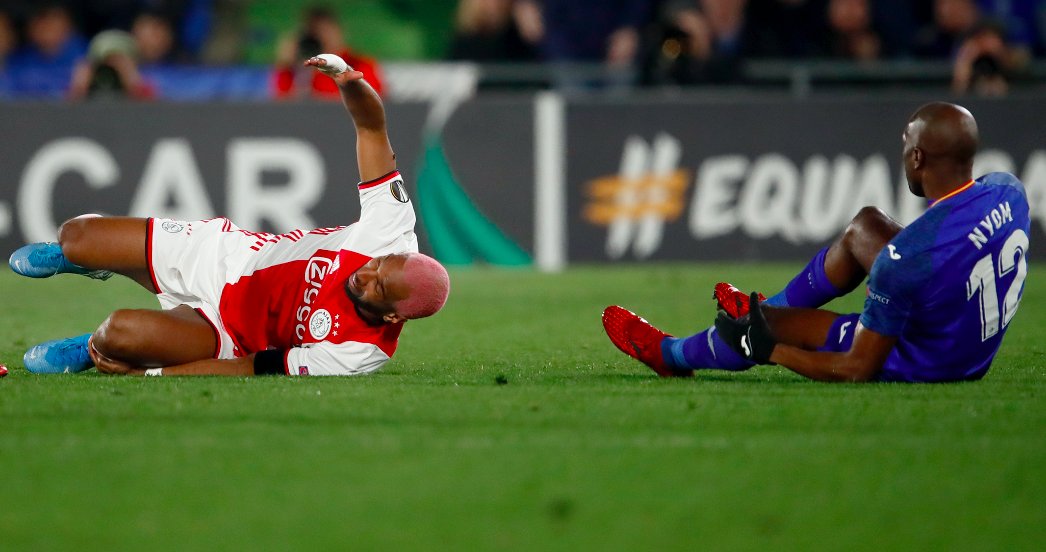 Babel even helped him limp off for treatment. What a gesture. 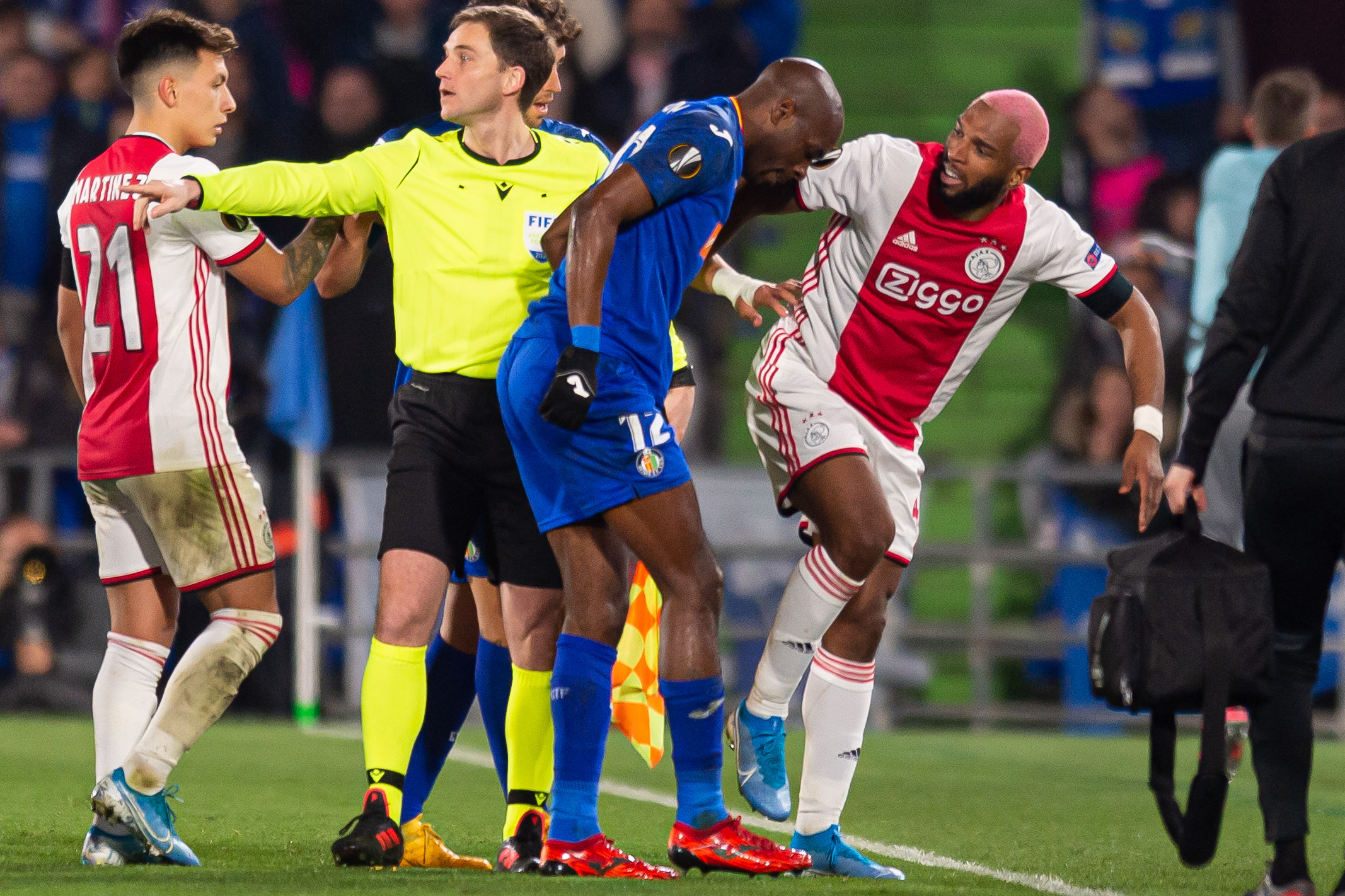 Unfortunately for Ajax and Babel, they ended up losing 2-0 on the night and have it all to do in Amsterdam on February 27.