Football kits are a big deal.

Their objective is simple, but with the sudden boost in culture and aesthetics, they’re not just football jerseys – they can be worn everywhere.

And Nike get a lot of stick for their simple designs but these third kits are a thing of beauty.

Here’s our attempt at ranking them all … 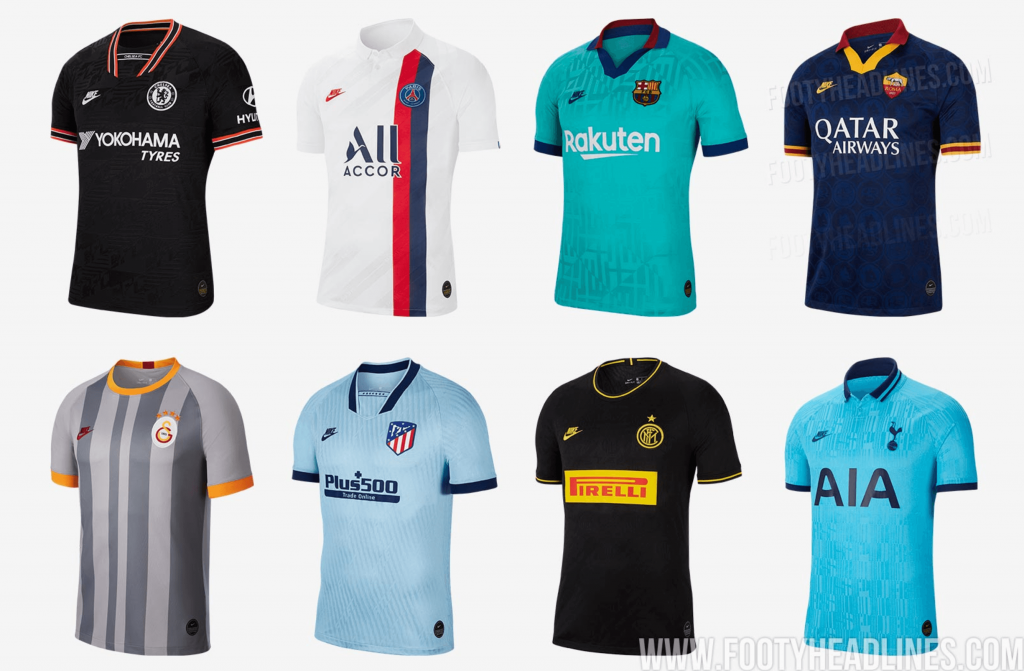 Everything about this jersey is perfect. The colours, the collar, even the sleeves.

It’s a similar template to the Barcelona one but wow – Roma always have so much sauce.

You can’t go wrong with red and black, and even though we weren’t sure about the collar, it’s grown on us.

Inter Milan have dropped their new third kit for 2019/20 pic.twitter.com/WhZ6I29Ham

Another simple yet really cool design.

We love the yellow and black, plus the old school Nike logo really stands out.

@FCBarcelona have released their third kit and it looks amazing🔥#FCBarcelona pic.twitter.com/S4eMeGqLCl

The base colour of this jersey is stunning.

We love how the Barcelona badge stands out, plus the darker tint on the sleeves.

Nike & @PSG_inside come together once again for the release of their third kit. Cop today, wear tomorrow. Now available at #ProDirect

All white jerseys look great, and the Parisian red/blue effect really brings it together.

Nice. Consistent across the board and the badge/sponsor combination looks great.

Again. It’s not because we don’t like the jersey, it’s just a bit plain.

Love the colour scheme but nothing jumps out.

This doesn’t mean we dislike the jersey, it just isn’t as nice as the others.

The silver and orange compliment each other nicely. Standard is too high!

Bruno Henrique a doubt for Recopa final, out for Taça Guanabara final

Sarri demands attention to be turned away from Inter Milan

Quique Setién expects focus from players ahead of pivotal week