📸 How will Juventus line up this season?

Maurizio Sarri has arrived at Juventus and brings that famous footballing philosophy of his with him. 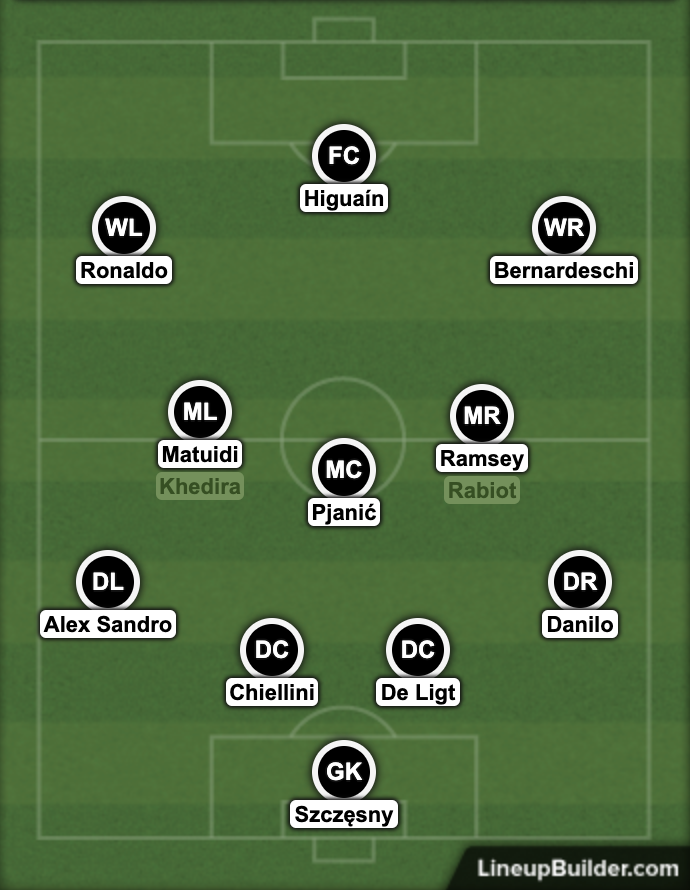 While we can be almost certain of the system Sarri is going to use in Turin, when it comes to the personnel, things are still a little up in the air.

Paulo Dybala could yet depart the club and his compatriot Mauro Icardi may still come in but even aside from that, there are still plenty of question marks.

The goalkeeper and back four seems set in stone, with Danilo and Giorgio Chiellini looking likely to get the nods ahead of Mattia De Sciglio and Leonardo Bonucci respectively.

Miralem Pjanić is assured of his midfield place but things are very interesting either side of him with free agent arrivals Aaron Ramsey and Adrien Rabiot competing to play.

That is without even considering Blaise Matuidi, Sami Khedira, Emre Can and Rodrigo Bentancur, who are already at the club.

In attack, Sarri adores Gonzalo Higuaín and has played him regularly in pre-season. The Argentine is the kind of player Cristiano Ronaldo could feed off, despite appearing unwanted a few short months ago. Unsurprisingly, plan B for Sarri could be simply to shake up the players on show as opposed to the formation.

Although main man Ronaldo prefers a wider left role, it can’t be ruled out that he does play a part through the middle – particularly if a new striker isn’t signed.

It would also allow Dybala to be shoe-horned in, while Douglas Costa, who Sarri has spoken very highly of, could come in for Bernardeschi.

Khedira may also be a figure of derision at times among fans but has played his part in pre-season and is being tipped in the Italian media to play his part after an exit failed to materialise.

It really is fascinating to find out just what Sarri does with so many midfielders and just three places for them. 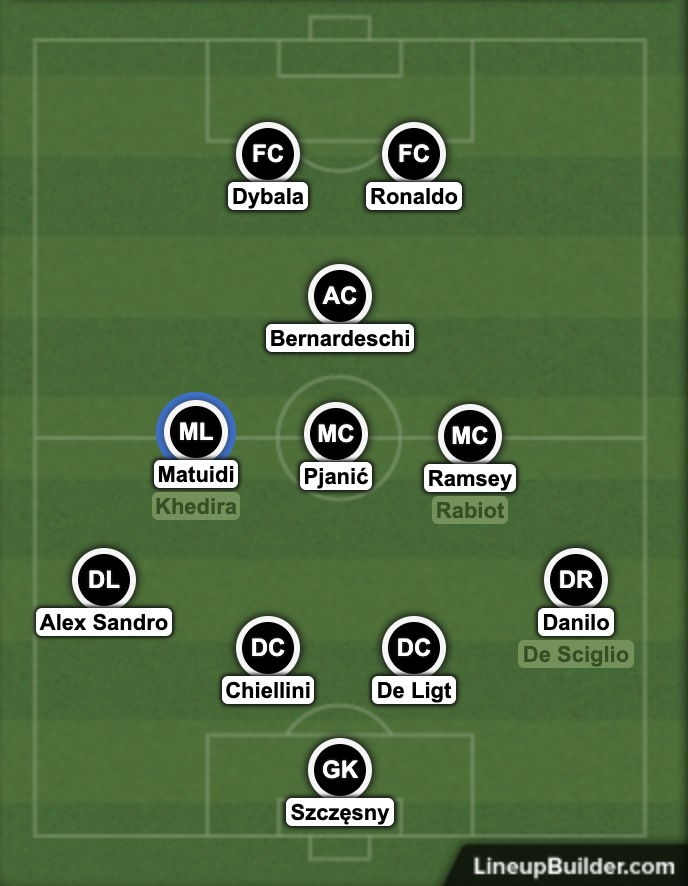 It proved very successful for him and, while he hasn’t flirted with it in some time, he has the players to make it work in Turin.