Liverpool narrowly avoided embarrassment and Luis Suárez snatched a win for Barcelona on an all-action night in the Champions League.

And now your lowdown on the later kick-offs …

Sadio Mané drove inside and played a superb one-two with Robert Firmino before finishing.

Then the full-backs combined, Robertson burst into the box and simply converted a low cross from Alexander-Arnold. It was soon 3-0, with Mohamed Salah converting the rebound from a Roberto Firmino effort. 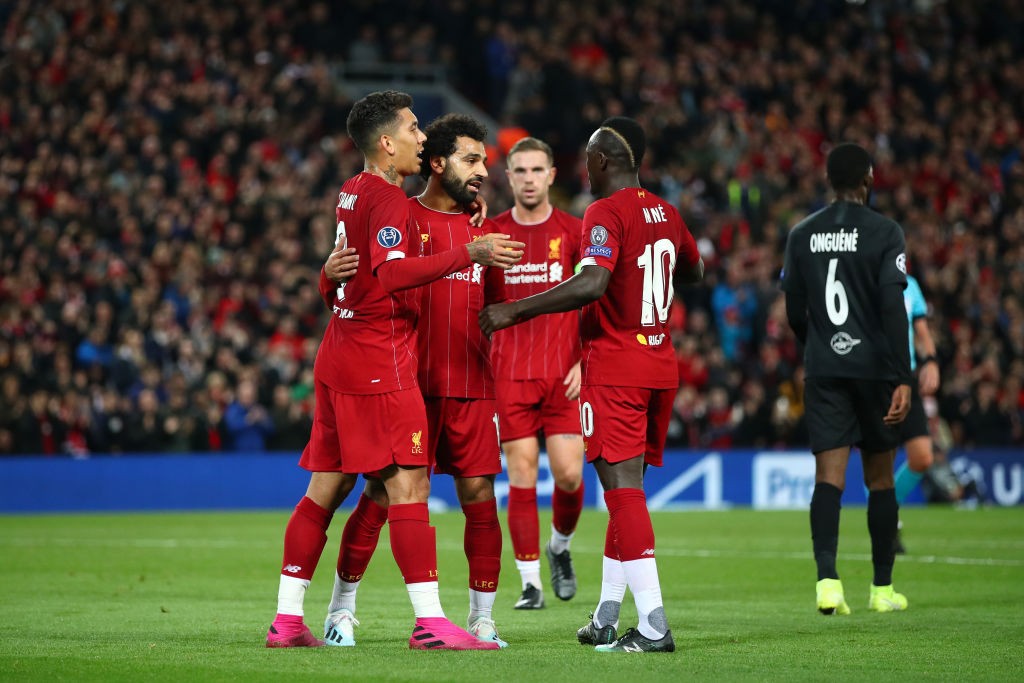 Hwang Hee-chan pulled one back before the break, beating Van Dijk on the way, to set up what could have been an historic night for Salzburg.

A brilliant volley from Takumi Minamino and a tap-in from wonderkid Erling Håland had Anfield silenced as the visitors levelled the scores.

Salzburg’s dreams were quickly dashed by Salah, though, who slotted him from another superb Firmino assist.

Inter got off to a dream start through Lautaro Martínez, who showed brilliant control and acceleration to get away from Clement Lenglet before firing across goal just two minutes into the match.

The chances flowed after that. Despite dominating possession, Barcelona looked more likely to concede a second than grab an equaliser throughout the first half.

That changed after half-time. The introduction of Arturo Vidal helped force Barcelona forward and it was the Chilean who set up Luis Suárez for the leveller. 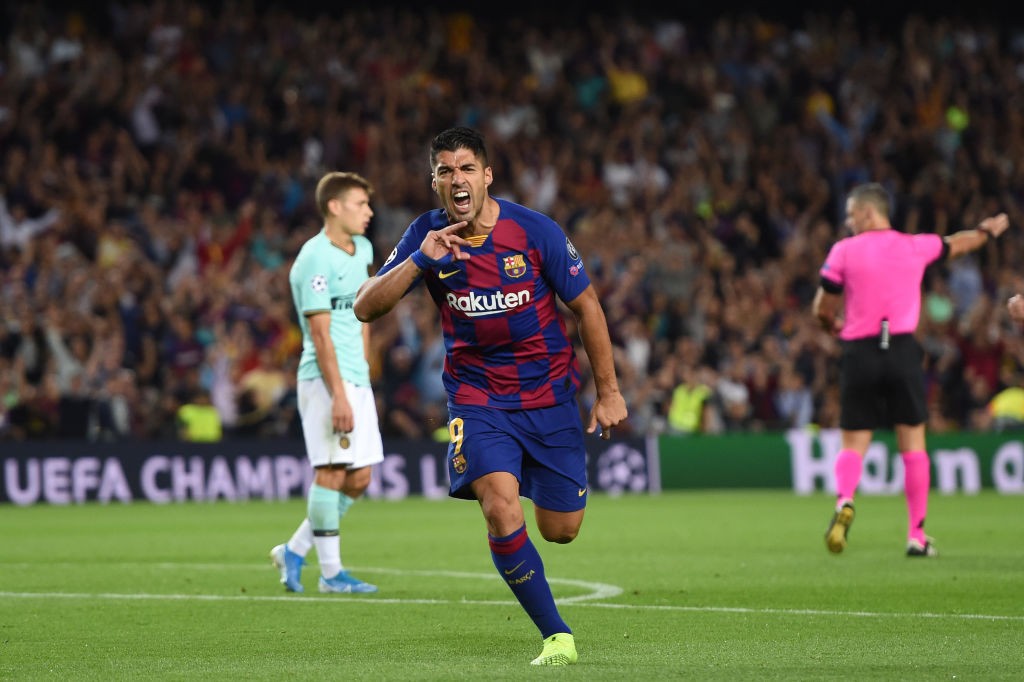 The finish – a swivelling volley from the edge of the area – was peak Suárez.

And he wasn’t done there. A brilliant run from Messi, an injury doubt before the game, saw him release the ball at just the right moment and Suárez cooly finished for the winner; the Uruguayan isn’t finished at this level just yet.

Lyon ended a run of six matches without a win with an impressive performance in Leipzig.

Following an even start, Houssem Aouar snatched the ball from Dayot Upamecano, setting Memphis up for a simple opener. 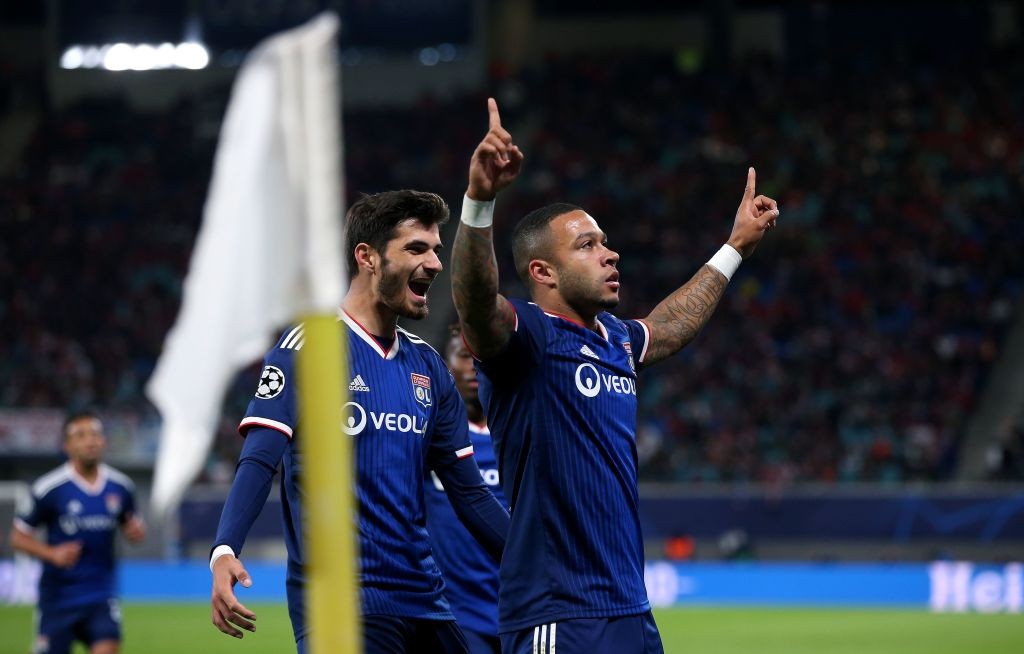 The Dutchman had the ball in the net shortly before half-time, after two big misses from Timo Werner, but the offside flag saved Leipzig from being two down.

Another defensive error from Leipzig – this time from Nordi Mukiele – saw Martin Terrier capitalise to put the Ligue 1 club two goals up.

If nothing else, the win should buy Sylvinho more time in charge of Les Gones.

Zenit will fancy their chances of progression after a convincing win on Wednesday.

A high turnover set Artem Dzyuba through on goal early on and the Russian finished well on a night that saw Zenit take all three points. An unfortunate Ruben Dias own goal made it 2-0 before Serdar Azmoun scored a calmly-taken third.

A late strike from Raúl de Tomas was nothing but a consolation for Benfica as Zenit went top of the group.

Chelsea back on track in France

Chelsea went with a back three in France but a lack of ability to defend set-pieces exposed Frank Lampard’s side almost cost them once again.

Tammy Abraham netted his eighth of the season to give the Blues the lead, cooly turning and finishing after bringing a cross down in the box. 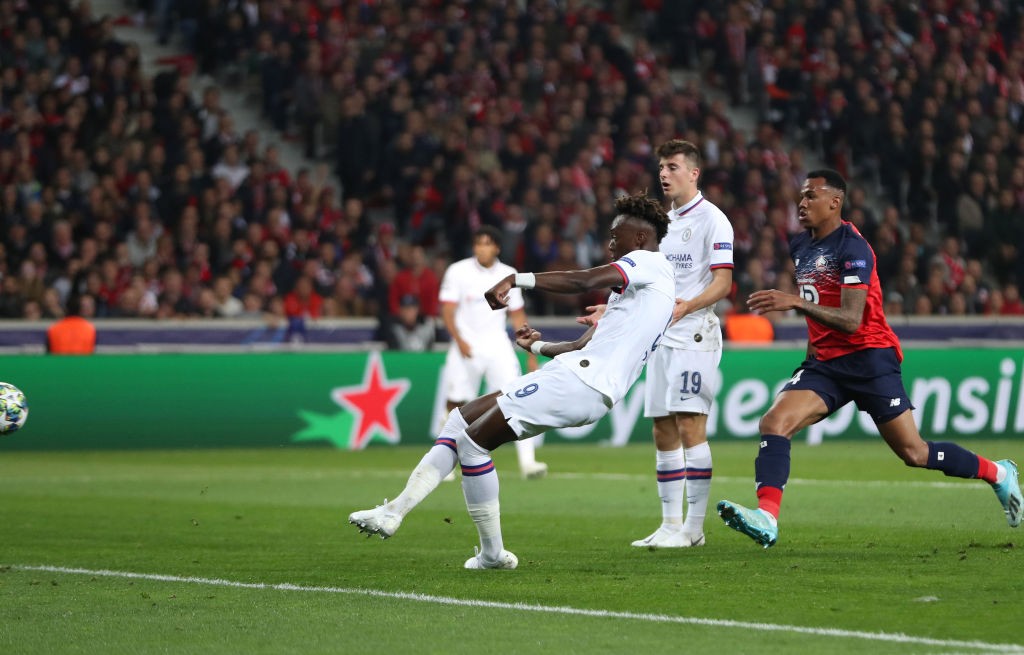 Victor Osimhen soon hit back, though, heading home after escaping the attention of Kurt Zouma and Fikayo Tomori at a corner.

Chelsea failed to strike back immediately but things played into their hands as both sides tired and the game became more stretched. Ultimately it was Willian who netted the winner, volleying beyond the goalkeeper after a looping cross from substitute Callum Hudson-Odoi.

The win, along with Valencia’s defeat, sends the Blues second in the group.

Having lost Matthijs de Ligt and Frenkie de Jong in the summer, few are expecting Ajax to repeat last season’s heroics. Maybe they should think again.

A Hakim Ziyech screamer sent the Dutch champions on their way on Wednesday evening, though they needed a little luck to remain on course for all three points. 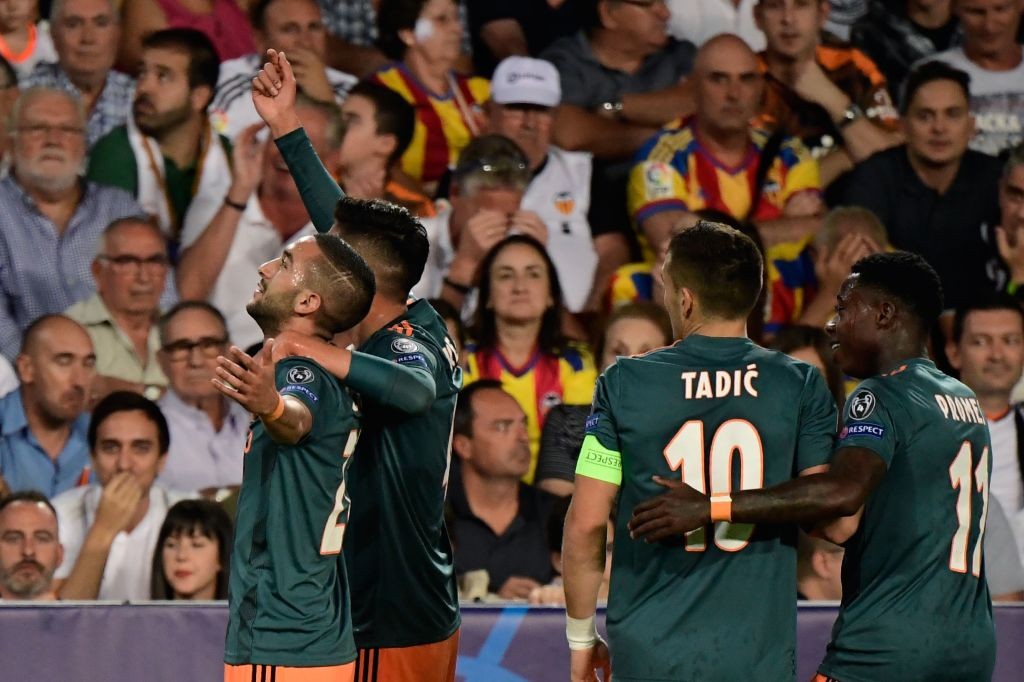 Valencia were soon left rueing Dani Parejo’s penalty as Quincy Promes made it 2-0, capitalising on a Gabriel error.

Donny van de Beek got in on the act in the second half, converting after a brilliant Dusan Tadić pass, to send Ajax clear at the top of Group H.

Surely they aren’t about to do it all over again?